The Amway of Freemasonry? - The Clandestine Order of International Masons

Today being a Monday, I was not expecting much to come from it other than drywall dust and a lot of vacuuming.  But to my surprise, and after my coffee pot took an extra long time to brew its delightful nectar (I guess everything takes time to get back into the routine after a 3 month hiatus) inspiration stuck.  I have not delved into the world of “clandestine” or “irregular” Masonry, but after reading a post by a Brother on a social media page, I just had to.
Here is the post:
“So yesterday I had somebody who saw my ring. He asked if I could defend my light. I said what? He replies, answer questions correctly or I take your ring and give it to your lodge so you can be instructed. I said I've been a member 13 years and we never do that… He says he's a brother and whips out his card. IFAMM. I just left laughing.”
Before I get going on my diatribe here, let me first say that, I couldn't care less.  I am not looking to start the next crusade and rid the world of organizations that are not recognized by or chartered under the UGLE, State Grand Lodge or whatever.  Any organization that takes good men and makes them better is fine in my book.  I will however abide by my obligation and neither attend nor allow a member of such an organization admittance into my Lodge.  My only fear is that the ideology of Freemasonry and I have known it since I was eight years old, is being used to line someones pockets, regardless of any “good” they report to have been doing.
Okay, back to the regularly scheduled rant…  So in the thread of posts, someone took the time to actually find this organization and share the link.  Should you choose to venture over to their site (www dot international masons dot org), it is rather well put together.  The name of the organization itself raised some red flags with me: International Free and Accepted Modern Masons, Incorporated.
Apparently the creator of the CORPORATION was crafty at using the same terms and abbreviations that the A.F & A.M./F.&A.M Lodges that have been regularly constituted for use.  He just added “International” (hey, why not?  International CORPORATIONS and pretty prestigious) and took the “M” and made it “Modern”.  According to their website, they received their “American Issued” Charter in 1950, but does not disclose under what jurisdiction it was granted.  They continue: “…This American issued charter empowers International Masons to the same rights as those charters issued directly from the Grand Lodge of England or the Grand Orient of France…”  I suppose if they say so, evidently they are writing their own rules anyway.  Unless this organization shows dispensation under the UGLE (which there is no claim of on their site), how can it offer its members the rights and recognition?
The CORPORATION’s stated purpose is: ”provide moral, financial, benevolent, and charitable leadership to serve this present age”.  Okay, I don’t know anyone that could argue with those points, as they are all noble causes.
Their site goes on to say that: “The institution of Free and Accepted Masonry is the outgrowth of Ancient Free Masonry, as adopted by Modern Masons in 1717 at the Apple Tree Tavern, England. It adheres to the ancient moral principles of Freemasonry…”, right, right.  All Good!!! 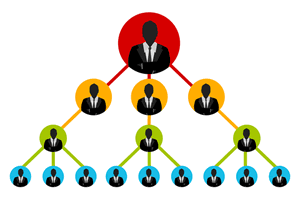 Bro. Brian Schimian is Life of Member A.O. Fay #676 in Highland Park Illinois and the Medinah Shriners - Lake County Shrine Club. He was also the Past Master Counselor of DeMolay - Lakes Chapter in 1995. Most recently, Brian became a Companion of the York Rite, joining Waukegan Chapter #41 R.A.M. Brian is a father of two children. "Start Square, Finish Level"