Donald J. Trump: Freemason Or Not? 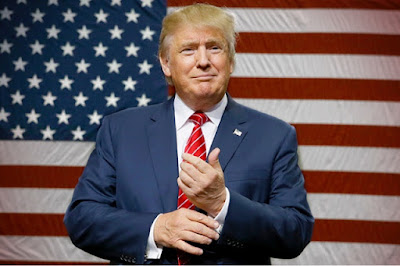 "You have to think anyway, so why not think big?"

Never in American history has the result of a Presidential election come to such a shocking conclusion than did the election of 2016, when Donald Trump, to the stunned surprise of millions, defeated Hillary Clinton.  Perhaps the reason it was so surprising, was that Hillary Clinton had been favored to win the election from the beginning, and all the polling had supported the foregone conclusion that Clinton would easily win.  Everybody was wrong.  The unorthodox Trump campaign delivered a populist message that resonated with an electorate that was sick of "business as usual" politics by electing a complete outsider to the nation's highest office.

The outspoken real estate billionaire has been in the public eye for more than thirty years, most recently for owning the Miss America Pageant, and for his popular television show The Apprentice.  After announcing his candidacy for President, Donald Trump went on to defeat 17 Republican challengers, including some of the party's best and brightest, to win the Republican nomination.

There will most likely never be a campaign as ugly as the Presidential Campaign of 2016--lets hope not.  It was a free-for-all of both Republicans and Democrats against Donald Trump, and yet in the end, Trump prevailed.  They will be studying this election for years to come, but in the end, Donald Trump did a better job connecting with those who mattered--the American people. 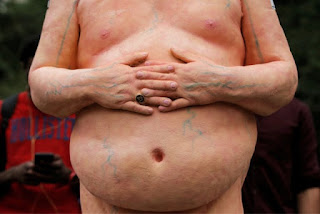 There have been a number of reports that Donald Trump is a Freemason, and suggestions have been made since the election that the Freemasons were behind the shocking election results.  In fact, a number of nude statues of Donald Trump by Las Vegas based sculpture, Ginger (aka Joshua Monroe) appeared in a few major cities during the primary campaign.  One of the most interesting things about those distasteful statues was the fact that Donald Trump was clearly wearing a Masonic ring.

However the truth of the matter is, Donald Trump is not a Freemason.