The Shadows Of Great Men

“I hope I shall always possess firmness and virtue enough to maintain what I consider
the most enviable of all titles, the character of an honest man.” ~ George Washington 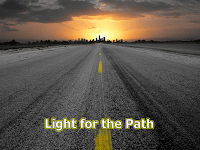 In the journey of becoming a Master Mason, one is Initiated, Passed and Raised along their path of Enlightenment. But what about the time one spends going on during their life before they decide to fill out a petition to join a Masonic Lodge? It would be wrong to say one simply fumbled around in the dark before seeking the light. After all, if you are fumbling around in the dark, and a you see a beacon of light, you would be automatically drawn to it. Thus all men would seek to be better men by petitioning the Craft. But this does not happen.

Perhaps a better analogy would be that, before seeking enlightenment one is shrouded by the shadows of other men. Those that are blessed by the shadow of Great Men can be considered to be, in a way, protected, watching, following and learning from their words and actions until one day, the student takes the steps to become a Master. But even then, once a seat of equal stature is attained, do we really ever leave the shadows of these great men?

Undoubtedly, the quest for one to blaze his own trail and leave his own mark on the
world is felt by most, if not all as we grow. But at what point do we cease to live in the
shadows of other men and begin to venture truly into the light on our own, thereby
casting our own shadow for others to seek refuge in until they are ready to go on about
their own search for enlightenment? Are we truly ever on our own, fully in the light? Or
do we tend to remain shadowed, ever so slightly by those great men that have come
before us, and the men before them?

Even after great men are called by the Supreme Architect of the Universe, can we not
still learn from their teachings? Are we not still molded and in some ways continue to be
etched by their imparted teachings? And what of the pain when these great men pass
on? Shouldn’t we be happy for them, that they are not suffering worldly pains? Is the pain of
our grief from the sadness of a loss or is it because we subconsciously fear being on
our own in the light without that shroud of protection and guidance or sense of a
foundation?

Personally, I do weep for those Great Men that I have lost in my life. Not because I
selfishly want them suffering here in life, more so because they will not be here to share
in the evolution of my enlightenment, or the experience of those whom may step out from my
shadow one day. And, I feel I still had so much more to learn from them. I certainly can
and will continue to use their examples as a compass throughout my life, as well as that
of those great men that have come and passed before my time in this world. I do not know of any words that can adequately express the love, respect or thanks I owe to the memory of the Great Men I have lost in my life. But perhaps by carrying on their teachings, by passing down what I have learned, I can honor their memory and in
some ways, they aren’t really gone. Maybe a bit of their shadow can be passed on to others through me.


“Virtus Junxit - Mors Non Separabit" ~ Whom virtue has united, death shall not
separate.

So Mote It Be.

Bro. Brian Schimian is Life of  Member A.O. Fay #676 in Highland Park Illinois and the Medinah Shriners - Lake County Shrine Club. He was also the Past Master Counselor of DeMolay - Lakes Chapter  in 1995. Bro. Brian is also the lead contributor to Brothers In Arms blog,  a pro 2nd Amendment blog page. "A leader is one who knows the way, goes the way and shows the way."