I recently visited the 2015 Farm Progress Show in Decatur, Illinois.  This is premier agricultural show in the United States.  Though the official attendance isn’t released, estimates are that in excess of 200,000 person visit the show over the three days. 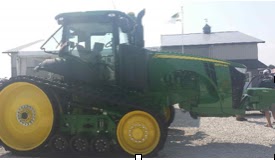 Modern American agriculture is nothing short of spectacular.  Science and technology are now imbedded in every facet of farming and agricultural production.  Today’s farmers are using precision farming techniques to reduce the amount of inputs applied to their fields, thereby reducing the environmental impact and significantly improving production efficiencies. 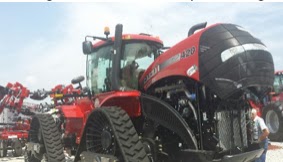 Farm machinery is increasingly sophisticated, larger in size and equipped with the latest in digital technologies such as GPS, auto-steer and computer driven

My family has a long heritage of farming and involvement with agriculture.  My children are the eighth generation of our family to live in Champaign County, Illinois and we are still involved with agriculture.

So what do agriculture and freemasonry have in common?  Freemasonry, like agriculture, has played a vital role in the development of many of our small towns across America.  The lodge was typically the place of social activities and many times was the largest building in the downtown area.   Its membership roles were populated with many farmers of the community.

I remember speaking with one of our older members of Ogden Lodge No. 754 (IL) one evening and he told the story that on the lodge meeting night, all the farmers would come in out of the field, park the tractor, change into their “good clothes” and to go lodge.

There was something important that the farmers felt, even though they had much work to do, that they wanted to be in the lodge with their brethren. 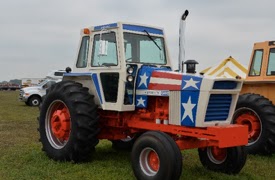 Despite all the technological changes in agriculture, like Freemasonry, its core values have not changed.  Farmers use the tools of the trade to continue to till the soil, plant the seeds and harvest the crops that feed a nation and world.  Freemasonry continues to nurture men who strive to grow and become better individuals, citizens, husbands, fathers and brothers.

Brother George Washington once said “I had rather be on my farm than emperor of the world.”