Masonic Symbolism in the Matrix Part 2 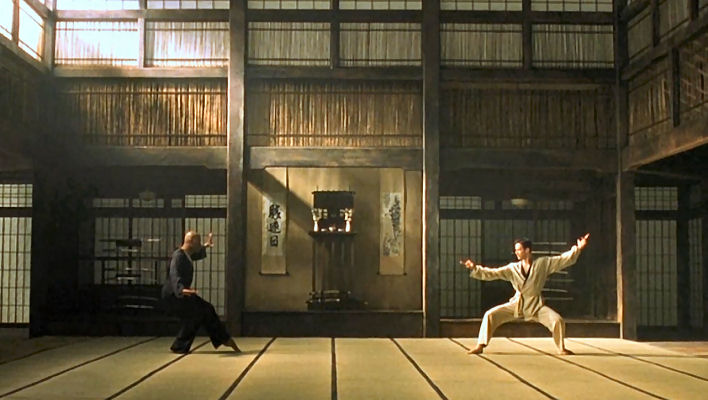 *Editors Note* WB Lahners originally sent this to me in one post. I thought it best to split this up into a few pieces. Deciding where to break it apart was difficult, however I feel that we accomplished this so that one can read a part and contiue the next one without a refresher. Just the same, there will be links to each previous piece as the come out. I hope you enjoy!

After taking the red pill, Neo is brought to another room and hooked up to electrodes. He begins to see the façade of the fake reality of the Matrix collapse. He awakes in a pod attached to wires and pulls a hose out of his throat. He looks around and sees thousands of other people in similar pods. A giant flying apparatus comes and grabs Neo by the throat with one arm. Another arm unplugs Neo and he’s flushed down a tube. He’s picked up by a giant metal claw and brought into a ship.

After his rescue, and his recuperation, Neo is literally brought to light by Morpheus. Morpheus explains that Neo is on a hover ship called the Nebuchadnezzar and that the actual year is around 2199, instead of 1999. He introduces Neo to the crew of the ship, and he and Neo enter into a program called a ‘Construct’, in which Morpheus explains the nature of reality and the Matrix.

It is at this point, that Neo is brought to light. He was in darkness (ignorance) of the nature of the Matrix, but Morpheus serving as the defacto Worshipful Master brings him to light (knowledge) by giving him the nature of reality and the Matrix. Also interestingly, the ship that Morpheus pilots is named after the King who destroyed King Solomon’s Temple.

Neo is unfortunately unable to handle the nature of reality and gets violently ill. Morpheus explains that it was risky for him to rescue Neo because of his age. He explains that it’s difficult for the brain to adjust once it has been in the Matrix for long period of time. He explains that he believes that Neo is ‘the One’ who is prophesied to save the human race. Neo then gets to have a discussion with Tank, who teaches Neo about Zion, which is the last human settlement buried deep underground. Zion refers to a hill in Jerusalem which was located south of Mount Moriah, but later became a metonym for King Solomon’s Temple. Esoterically, Zion is the point in the holy of holies located in King Solomon’s Temple from which reality emerges.

Neo then sits down in a chair and plugs into the mainframe construct. At this point, Tank goes through the process of uploading certain knowledge directly into Neo’s brain. The first thing he uploads into Neo is a ju-jitsu program, to which Neo remarks: ‘I know Kung-Fu.’ He then faces off against Morpheus in the construct. Morpheus defeats him because Neo doesn’t understand that he can manipulate the simulation. He’s not bound by any real physics. He can run faster, jump further, etc. Tank then loads up a program where Neo is forced to jump from the roof of one skyscraper to another. Once again, Neo’s ability to not understand that he’s not in a real place causes him to fail. He falls and when he lands he notices blood coming from his nose. He then learns that the mind cannot exist without the body, so if the mind dies in the Matrix, then you die in the real world.

Next week Neo visits the Oracle! What happens and what symbolism will be revealed? Come back next week to find out!

WB Darin A. Lahners is the Worshipful Master of St. Joseph Lodge No.970 in St. Joseph and a plural member of Ogden Lodge No. 754 (IL), and Homer Lodge No. 199 (IL). He’s a member of the Scottish Rite Valley of Danville, a charter member of the new Illinois Royal Arch Chapter, Admiration Chapter U.D. and is the current Secretary of the Illini High Twelve Club No. 768 in Champaign – Urbana (IL). He is also a member of the Eastern Illinois Council No. 356 Allied Masonic Degrees. When he’s not busy enjoying Masonic fellowship, Darin spends his time as a DM for his children’s D&D campaign, reading, golfing, watching movies and listening to music. You can reach him by email at darin.lahners@gmail.com.