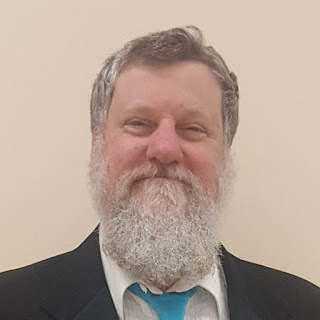 I first heard from Ken JP Stuczynski when he came on board the Masonic Speakers Association. He had a handful of amazing topics to offer and has an incredible resume in both the technology sector as well as within Freemasonry. His writing style is his own and I have to say I quite enjoy what he does. Brother Darin Lahners asked me, "Do you think he would say, yes if we asked him?" There was only one way to know.

We asked. He said, "Yes." And we're so happy to bring Brother Stuczynki aboard. I know you'll all love his writing and get some great insights from him. His official bio is below. Thank you, Ken!

"Bro. Ken JP Stuczynski is a member of West Seneca Lodge No.1111 and recently served as Master of Ken-Ton Lodge No.1186. As webmaster for NYMasons.Org, he is on the Communications and Technology Committees for the Grand Lodge of the State of New York. He is also a Royal Arch Mason and 32nd Degree Scottish Rite Mason, serving his second term as Sovereign Prince of Palmoni Council in the Valley of Buffalo, NMJ. He also coordinates a Downtown Square Club monthly lunch in Buffalo, NY. He and his wife served as Patron and Matron of Pond Chapter No.853 Order of the Eastern Star and considered himself a “Masonic Feminist”.

As a masonic speaker throughout New York State, he has also given presentations at town hall meetings regarding the use of technology in the Craft. His numerous Empire State Mason articles have been republished in Arizona and New Jersey. To aid in his outreach on these topics, he authored “Webmastering the Craft: Fraternity in a Digital World”, available worldwide in softcover and eBook.

Having lifelong interests far and wide across philosophy, world religions, and all the natural sciences, his degree is in Philosophy with a concentration in Ethics and a minor In Psychology. He has written articles and essays on the topics of science and religion, culture and politics, business and economics, technology and futurism, as well as various aspects of social psychology. Usually, with interdisciplinary contexts, many of these focus on the ideals of intellectual honesty and tolerance in all forms. Having edited and contributed to Books of Transactions by the Western New York Lodge of Research of which he is a member, he plans to formally publish some of his larger works, starting with the upcoming book, “Contemplations on Astronomy”, and a special Masonic edition will contain his “Astronomical Tour of the Lodge”.

He runs his primary business, Kentropolis Internet, from home where he lives with his wife and plenty of pets. In addition to various community service projects, he teaches Tai Chi to veterans at the VA Recovery Center. He is also an independent interfaith minister with hospital chaplain credentials who does weddings, funerals, memorials, and other services. His personal project is the “Earth 2 Mouth” program which connects farms, volunteers, and soup kitchens. He also enjoys carpentry and keeps bees with his daughter at an organic farm in East Otto, NY."