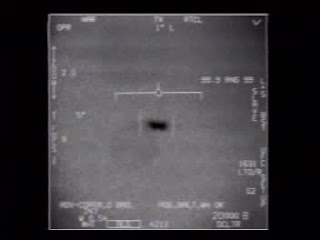 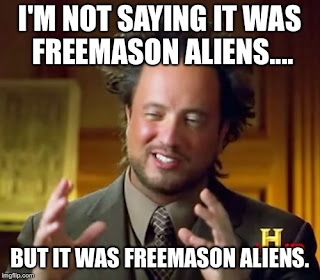 As we finish our thought experiment, let us assume that this extraterrestrial race that has made contact with us does believe in a supreme being, religious dogma and they have a volume of sacred law. However, their religion is completely foreign to humanity. Let us suppose that being a technologically advanced civilization, they have been observing humanity, our beliefs, our social structures, our governments, and our technological advances. Let us also suppose, for the sake of argument, that they have knowledge of Freemasonry through this awareness. Let us suppose that at least one of them might be interested enough in Freemasonry to petition a lodge for membership.  Let me suggest that we do not understand much about our new extraterrestrial visitors. We do not know much about their history, their customs, or their society in general. If the individual entity in question has a belief in a supreme being, is of lawful age, and joins of their own free will and accord, and they prove themselves to be of good repute, would you allow them to join your lodge?
I am interested in your answers to that last question.  Please comment below, email me or comment on social media.  If you are interested in the UAP subject or similar high strangeness, I will shamelessly plug a project I do on the side with the other editor of The Midnight Freemasons blog and host of the Whence Came You podcast, Robert Johnson, called Beyond the 4th Veil.  Robert and I discuss our encounters with UAP's in the first episode. The link to our YouTube channel is below:
https://www.youtube.com/channel/UClRdCK8M8I_UjMC6up8nebw
~DAL
WB Darin A. Lahners is our co-managing Editor.  He is a Past Master of St. Joseph Lodge No.970 in St. Joseph. He is also a plural member of Homer Lodge No. 199 (IL), where he is also a Past Master. He’s a member of the Scottish Rite Valley of Danville, a charter member of Illinois Royal Arch Chapter, Admiration Chapter No. 282 and is the current Secretary of the Illini High Twelve Club No. 768 in Champaign – Urbana (IL). You can reach him by email at darin.lahners@gmail.com.