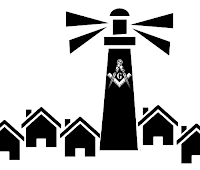 I have only been a Mason a relative short time, having discovered the craft just over 6 years ago, and I was raised to the sublime degree of Master Mason on the last day of my 30th year. I had the honor and privilege to serve my lodge as an officer shortly after joining and progressing through the oriental chair.  I have learned much in this short time, and I am honored to know and call “Brother” the great men that make up my lodge and this fraternity. My only regret with regards of joining this ancient society is that I did not know of it sooner.

I did a good deal of my growing up in a small town, and like most small towns, there was a Masonic lodge there. In my youth, I must have walked past that building with the strange symbols on it at least a few hundred times. Yet, never did I have any idea what took place there or even an ideal as to the purpose of the building. I knew not of Masonry nor did I know any members to be as such. All I did know was that occasionally, there were cars in the parking lot, but most times the building sat vacant.

Many years later when I did learn about Freemasonry, it was with memory of that rarely used lodge from that small town that I sought out an active lodge. I may have received more than I had bargained for at my very busy lodge, but it was certainly more in kind with what I had hoped for. Yet, for all the joy this lodge has brought me, I am regretful of the years I missed out on the fellowship of the Masonic institution. If only that small town lodge had been more involved in the community, or the Masons there had shared their character more openly, I might have found my beloved fraternity a decade sooner. 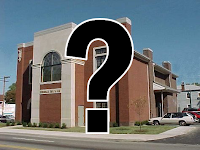 While our lodge is more visible to the public than many due to our ongoing fish-frys (about 36 each year), I cannot help but wonder how many men walk past this building without knowing what happens here when we are not frying. How many qualified men could improve themselves in Masonry if they discovered the craft? How many young ladies would benefit from the Rainbow assembly if only they knew about it? How many young men would profit from being a part of the DeMolay chapter, if they learned such an organization exists? The lodge should be a beacon of light in its community, yet I am fearful that for most it remains shrouded in mystery.

It is a violation of our custom to recruit members, and instead rely on men of strong character to seek out Masonry on their own. While I certainly would not wish to change that, I ask: how can one find what he does not know about? Thus, I issue a challenge to my brothers to find ways to let our Masonic light shine for all to see; to make ourselves known to those around us, so that those good men that seek the light know where to look.

Jack Riddle is a member of Suburban Lodge #740 F&AM in Louisville, Kentucky where he was raised to the sublime degree of Master Mason on August 23rd, 2007.  A short time thereafter, he assumed the duties of editor for the lodge newsletter and joined the line as Sr. Steward. He served his lodge as Master in 2012, and is a member of the Society of Past Masters of Central Kentucky.