What I learned at the Heartland Tournament of Champions

I don’t much care for long car trips, but sometimes they’re necessary. In November, my son, Jacob, quite to his surprise, came in first in Illinois DeMolay’s Fall Fest competition in Preceptor Five, Junior Division. He was, of course, delighted and proud, as were his mother and I. As state champion, he became eligible for Heartland Tournament of Champions, which was held on April 25 in Michigan. So, on Friday, Jacob and I, with his sister Kate and four of her stuffed animals, drove about eight hours to the hotel where the tournament was to be held, checked in with the Michigan DeMolay advisors, and found our room. The kids spent some time in the hotel pool, we had dinner, and then went to bed. The next morning, we found a Panera, had breakfast, got Jacob into his suit and robe, and went to the room where the individual Preceptors were to compete. Jacob was the first one there, and, after the judges explained the rules to him, he performed his ritual. We couldn’t stay till the awards ceremony, since I had another meeting on Sunday back in Illinois, so we hit the DeMolay store, bought a few things, packed up, and hit the road for the return trip, arriving back in Tuscola at 5:30, with a stop at a Bass Pro Shops store in Indiana, where the kids had a wonderful time without buying anything (although Kate begged). Jacob was happy it was over, and both kids were glad to be home. 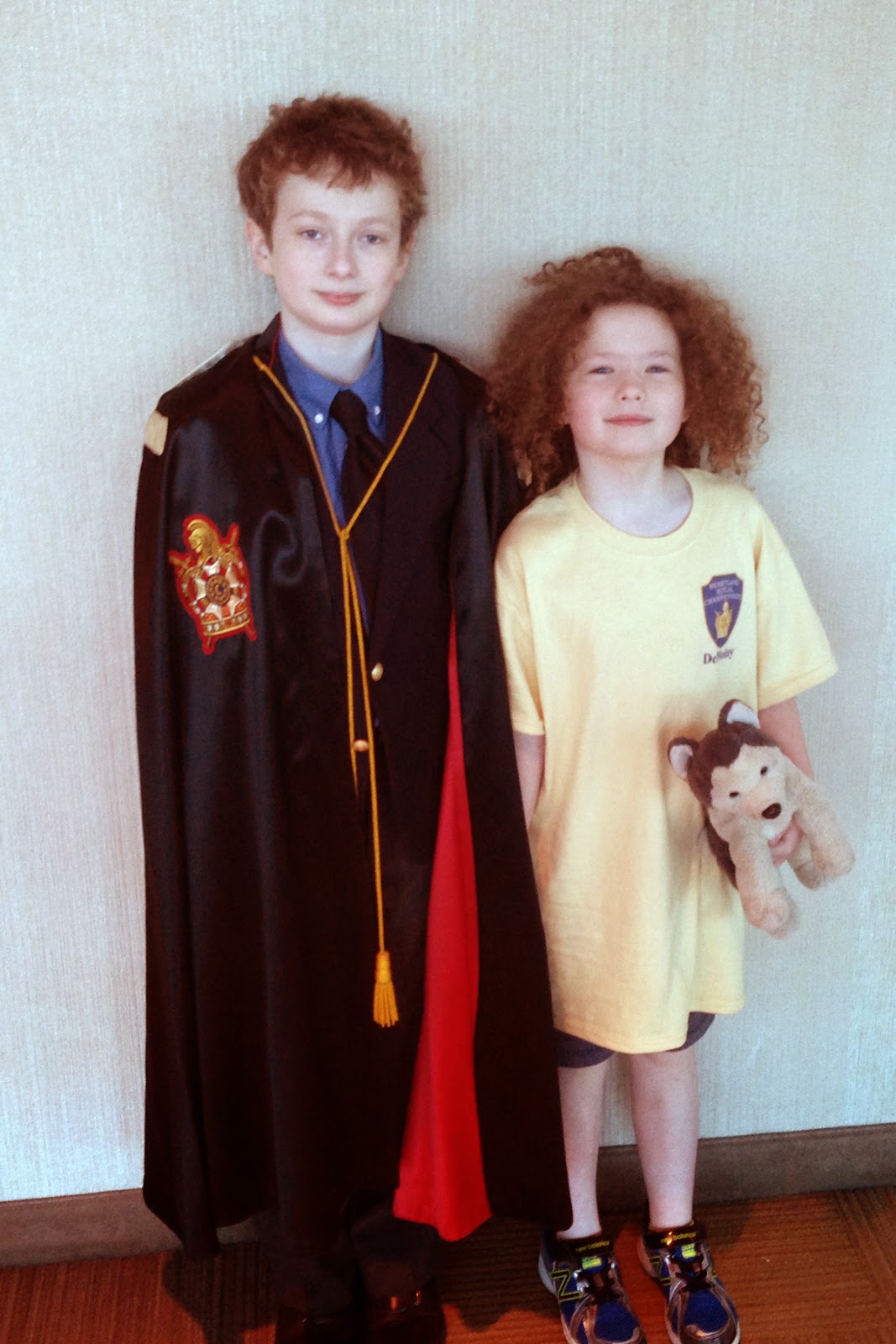 I found out the next evening that he’d placed second, which he thought was just great, and he was ready to tackle some more ritual for the next Fall Fest. I figure he’ll be ready for the Magnificent Three (three Preceptors, recited  one after the other), and he agrees. He’s looking forward to it, and he’s learned a lot. So have I. I’ve learned that I probably need an attendant chiropractor if I’m going to drive more than about 400 miles in a day. I’ve been reminded that Bass Pro Shops has a toy section that Kate has demanded that we visit again, with money. I’ve learned that Jacob is capable of amazing things. I’ve discovered again that DeMolay is the best organization for young men I can imagine. And I know without question that my own Masonic career is a pale second place to what I can help my children accomplish. I drove nearly 900 miles in the space of thirty-three hours so that Jacob could do something for five minutes. With any luck, I’ll get to do it again.