Freemason is to Earth as Vulcan is to the Universe 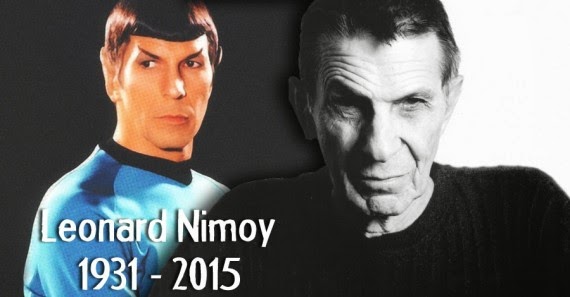 Well, it's been about a week since Leonard Nimoy passed away. No, he wasn't a Freemason. Mr.
Nimoy's passing made me reminisce about Star Trek The Original Series or TOS as "Trekies" would call it. I used to lay on the carpet in front of the television and watch it with my Grandpa. He got me interested in sci-fi at a young age.

Watching the adventures of Kirk and Spock filled my imagination with great ideas for playtime. As I
grew older however, I started to see the show for what it really was, a showcase for political and social problems that the world was trudging through, disguised by a charismatic crew of space explorers trekking from planet to planet solving the problems of Earth in the 1960's.

One character always had the logical answer, but not wholly. Spock was half human, so although he would give the logical course of action, it was not without emotion.

An exchange from Star Trek II - The Wrath of Khan, when he [Spock] sacrificed himself to save the countless lives aboard the Enterprise 1701. I ask you, is this not something a Mason might do and or say? 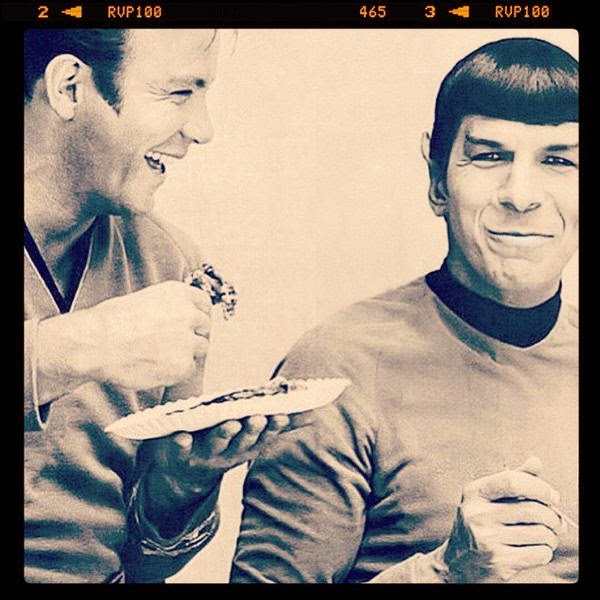 There is a direct parallel to Masonry here, at least
to me anyway. It would seem like the Vulcan culture manifested in the universe of Star Trek mirrors the logical thought processes we as Masons are taught to use in our everyday lives. To suppress vice, to break away from the superfluities and obey the dictates of logic. And to self sacrifice for the good of humanity.

As humans in the real world however, we have feelings which can cloud logic and this was also the plight of Spock. He sometimes struggled with his human emotions as half human, just as we whole humans struggle with the dictates of logic which Masonry teaches us to use. Perhaps if the universe had a Freemason-like culture, Vulcan would be the best candidate, no pun intended.

Thanks for everything Mr. Nimoy, we have been and always shall be, your friend.

Bro. Robert Johnson, 32°is the Managing Editor of the Midnight Freemasons blog. He is a Freemason out of the First North-East District of Illinois. He is the Master of Waukegan Lodge No. 78 and Education officer for the 1st N.E. District of Illinois. He is also a member of the York Rite bodies Royal Arch, Cryptic Council, Knights Templar, AMD, The Illinois Lodge of Research and a member of the Scottish Rite Valley of Chicago as well as a charter member of the Society of King Solomon, a charity organization run by the Grand Lodge of Illinois. Brother Johnson currently produces and hosts weekly Podcasts (internet radio programs) Whence Came You? & Masonic Radio Theatre which focus on topics relating to Freemasonry. In addition, he produces video shorts focusing on driving interest in the Fraternity and writes original Masonic papers from time to time. He is also a cohost of The Masonic Roundtable, a Masonic talk show. He is a husband and father of three. He works full time in the safety industry and is also a photographer on the side as well as an avid home brewer. He is currently working on a book of Masonic essays.