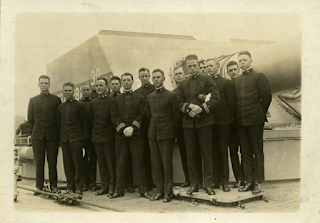 
In part one of this series, I began to examine the impacts of the Great War (WW I) on Illinois Freemasonry (specifically the recognition issues in France) and the changes that Illinois MWGM Austin H. Scrogin was implementing as a result. [i] These changes were referenced in his annual report to the 79thannual meeting of the Most Worshipful Grand Lodge of Illinois.

MWB Scrogin fielded many requests for Army lodges to be organized in France. Scrogin wrote, “There is so much danger involved in this that I did not feel like taking the responsibility. One of the essential entrances into Masonry is that of character. Many men who enter into the service of their country make good soldiers would not make good Masons. The uncertainties of determining the fitness of men are so apparent that there is on security against the admission of the unworthy. These army-made Masons would return to their homes and would be recognized members of the craft.”

MWB Scrogin was deeply concerned about guarding the west gate and that the standards of the craft would be weakened. This seems to be in deep contrast to the present-day Freemasonry, where nearly all who approach the west gate are admitted.

Another area that MWB Scrogin spoke was regarding the physical qualification of a mason. Tradition held that only individuals in perfect physical condition could become Freemasons. However, the impact of war had left many young soldiers with wounds that would technically by masonic code, make the ineligible for membership within the fraternity.

MWB Scrogin said, “The ‘perfect youth’ theory, still held by many grand lodges, is a relic of conditions long since outgrown. It is the internal and not the external qualifications that fit men to be Freemasons…Hundreds of thousands of young men have gone into service of their country. Many of these are under age now (21 was the minimum age in Illinois in 1918). These, the flower of our young manhood, are at the front battling for the liberty of the whole world and are the special guardians of American institutions. It is my opinion that our law should be changed as to permit those returning heroes, though maimed and torn in our defense, to apply to our lodges for admission…”

Legislation was drafted for consideration to making changes to the Illinois Masonic Code regarding physical qualifications that was later adopted.

In part 3 of this series, I will examine the German speaking lodges in Illinois.