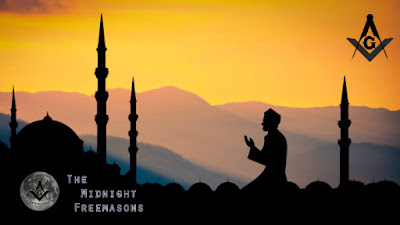 For many years now I think: “This year I will study and observe Ramadan.” Then, I don’t. But I do learn a little more and my respect increases. I have celebrated holidays of the religions of my ancestors, Pesach (Passover) and Lent, along with others, and keep seeking to understand the ways billions of people around the world live their devotion. One year, Ramadan was explained to me as the most important Islamic holidays asking of its observant members to fast and to better understand what it means to go without—like so many do every day. It was said to me to be a celebration of charity, hope, and reaching out to humanity. Sounds familiar.

Ramadan is one of the five pillars of Islam, which are: Declaration of faith, Prayer five times per day, Fasting during Ramadan, Tithing or alms-giving, (or service if one doesn’t have a lot of money), and if possible, once a ones lifetime making the Hajj:Pilgrimage to Mecca. As I understand, Ramadan begins at the sight of the crescent following the new moon. Being a lunar calendar, the start of Ramadan changes by about eleven days every year. If the moon is obscured due to clouds, there is a prescribed waiting period and then Ramadan begins regardless of sight of the moon and continues for about 29-30 days. One must fast from sun up to sundown. In most countries that is about sixteen hours. In Senegal, the fasting time is capped at fourteen. In some parts of the world, where the days are the longest, a fatwa(ruling on Islamic law) is issued to shorten the length of fasting so the faithful may observe dutifully and in a humane way. Towards the end of Ramadan, usually in the last ten days though no date is specified, is Lailat al-Qadr, which could be translated as “Night of the decree” or “Night of Power,” when the Word of God was said to be revealed to the Prophet Muhammed (Peace be upon Him) in 610 CE. It is a time when one asks for forgiveness, mercy, and prayers for salvation. If one lives in a predominantly Muslim country—there is significant familial and cultural support. If one lives in an area where there is little support outside the household and not in the community, I imagine this practice is much more difficult.

So why write about Ramadan in a Masonic forum? Some of our Brother’s and their families are Muslim, as well as Prince Hall Masons, both stateside and abroad. Muslims make up just over 1% of Americans at about 3.5 million. Globally Muslims make up a quarter of the world population and is currently the fastest growing religion. As Masons, we honor religion and divinity as a central part of our work. In a time of Islamophobia, it seems important to me to understand as much as possible about this important holiday. Like the practices of my ancestors, religious holidays ask us to alter our daily lives in the service of something greater than ourselves. Within this sacred space, we have the opportunity to experience our usual mindset in a less commonly held context—where spirit and divinity are placed at the center of our thoughts. Whether during Ramadan or not, what would it mean to your religious or spiritual practice to observe obligatory prayer five times per day? How would it change the way we approach life? The holiday asks Muslims to give up all food and drink every day to know what it feels like and know viscerally, hunger and thirst. It could be usefully humbling and instructive to consider, even if not a practitioner. As with giving up something for Lent, considering the ideals of Islam and Ramadan could enrich one’s own practices and lead to greater gratitude for the abundance the vast majority of us enjoy daily, often without notice.