William Schaw and the Schaw Statutes 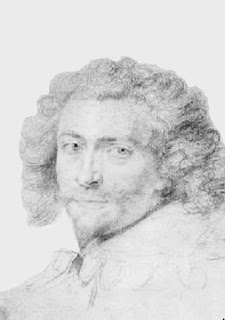 William Schaw, born sometime around 1550, is best known as the Great Master of Works to James VI of Scotland. As such he was responsible for overseeing all royal castles and palaces. Having the complete trust of the King, he also served him in several other capacities, including accompanying him to Denmark to return with the new queen, Anna of Denmark.

Within Freemasonry Schaw is best known for setting forth the first and second set of Schaw Statutes to be observed by all the Master Masons within the realm. He issued the first set in 1598. Written as a part of his responsibility as Master of works, he directed both statutes primarily to operative Masons; however, these are among the first documents alluding to the esoteric and speculative aspects of the craft.

The first set of statutes specifies 22 rules and regulations designed to govern the work and behavior of Master Masons and their apprentices. Many of the rules set forth a penalty for disobedience. These regulations call on all Masons to "observe and keep all the good ordinances established before... to be true to one another and live charitably together... and be honest, faithful, and diligent in their calling." In it he admonishes masons never to undertake work they can't perform nor take away another master's work. He limits the number of apprentices in a lifetime to three and prohibits the selling of apprentices to other masters. Schaw also outlines rules governing the resolution of grievances and stipulates penalties collected shall go to charity.

The Second Schaw Statute, written in 1599, establishes in order, Edinburgh, Kilwinning and Stirling as the principal lodges in Scotland. It establishes the election of the wardens, deacons and secretaries and some of their duties. It reaffirms the use of fines for charity and dictates exclusion of all who fail to live up to the statutes. It requires every fellow of the craft and apprentice to demonstrate their skills annually and forbids association with cowens.

The inscription on his tomb bears the most reliable source of his biographical information and reads:
"This humble structure of stones covers a man of excellent skill, notable probity, singular integrity of life, adorned with the greatest of virtues – William Schaw, Master of the King's Works, President of the Sacred Ceremonies, and the Queen's Chamberlain. He died 18th April, 1602.

Among the living he dwelt fifty-two years; he had traveled in France and many other Kingdoms, for the improvement of his mind; he wanted no liberal training; was most skillful in architecture; was early recommended to great persons for the singular gifts of his mind; and was not only unwearied and tireless in labours and business, but constantly active and vigorous, and was most dear to every good man who knew him. He was born to do good offices, and thereby to gain the hearts of men; now he lives eternally with God." 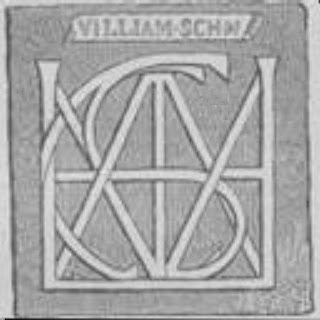 His tomb also bears what may be the earliest mason's mark. It is a complex sculpture of all the letters of his name, an S-C-H-A-W, inscribed over a square and compasses. His epitaph concludes, "Queen Anne ordered this monument to be erected to the memory of this most excellent and most upright man, lest his virtues, worthy of eternal commendation, should pass away with the death of his body."
~SLH
Bro. Steve Harrison, 33°, is Past Master of Liberty Lodge #31, Liberty, Missouri. He is also a Fellow and Past Master of the Missouri Lodge of Research. Among his other Masonic memberships is the St. Joseph Missouri Valley of the Scottish Rite, Liberty York Rite bodies, and Moila Shrine. He is also a member and Past Dean of the DeMolay Legion of Honor. Brother Harrison is a regular contributor to the Midnight Freemasons blog as well as several other Masonic publications. Brother Steve was Editor of the Missouri Freemason magazine for a decade and is a regular contributor to the Whence Came You podcast. Born in Indiana, he has a Master's Degree from Indiana University and is retired from a 35-year career in information technology. Steve and his wife Carolyn reside in northwest Missouri. He is the author of dozens of magazine articles and three books: Freemasonry Crosses the Mississippi, Freemasons — Tales From the Craft and Freemasons at Oak Island.