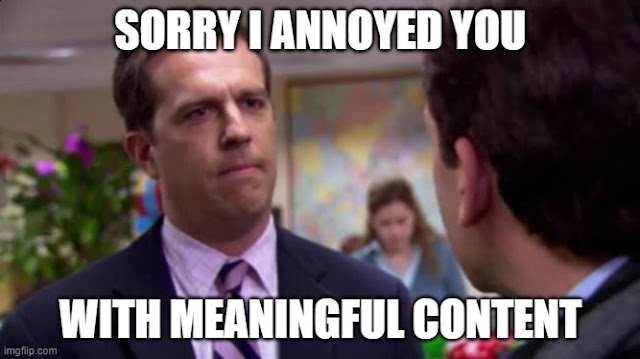 Not too long ago, let’s call it nine years. It was, at least in my Masonic experience, impossible to get Masonic Education within a Lodge. Granted, over the years, I was able to work diligently to change the direction of my Lodge so that we could get some Masonic Education at every meeting. The evolution of going from just a business meeting— a bad one, to a meeting rife with Education has a series of development stages. I’ll outline the stages in another post.

What I want to express in this piece is the recent frustration that I had experienced. One that had not reared its head in several years. Looking back on my Masonic involvement, there were several times where I would bring about a proposal for Masonic Education at a meeting and I would be met with disinterest. As I pushed on, because as we know, the squeaky wheel gets the grease, I found myself pushing even harder out of necessity to be heard. This is because there were members who felt vehemently that Masonic Education was of no interest, and took too much time for a stated meeting.

I would assume that many of you reading this have seen this happen, or have experienced it firsthand. You might attempt to read a five minute MSA bulletin, and halfway through it, you’re already getting eye rolls, yawns, and people tapping the faces of their watch. As much as to say, “Hurry up, Bro.” You push on, planning perhaps a Festive Board night, blending the social aspect, with toasts and intellectual responses. In this, you think, “This should fire on all cylinders. It’s social for those non-intellectuals and intellectual for those who are looking for some discourse.” The Festive Board probably goes wonderfully. But it was not without its headaches and pushback. Over the years, the responses of the toasts are dropped, and now the Festive Board is just an annual Lodge spaghetti dinner. The lazy got their way.

But what about the Internet. What about the sharing of educational content in various groups within social networking sites? Something can be posted, and people can react to it or comment on it. It’s not a Lodge, and it’s passive. You can scroll past it if you’re not interested. Education is available to the masses at the click of a mouse. One would never think you would find opposition to the presentation of Masonic Education in an online forum. But that’s just what happened to me recently.

If being banned wasn’t enough, the Brother who reported the content, had it deleted, and me banned from the page, decided to send me a message, and interrogate me over my motives for sharing the content. It was something else.

So, my Brothers, there is no letting down your guard. If you’re going to fight for Masonic Education, never put away your sword. I plan to attempt to rejoin that Facebook group and post even more Masonic Education than ever before.

In an age where the movers and shakers in this Fraternity are also the ones who demand education, my toast tonight are three Latin words – Ut vox populi.