The Architect of Washington DC 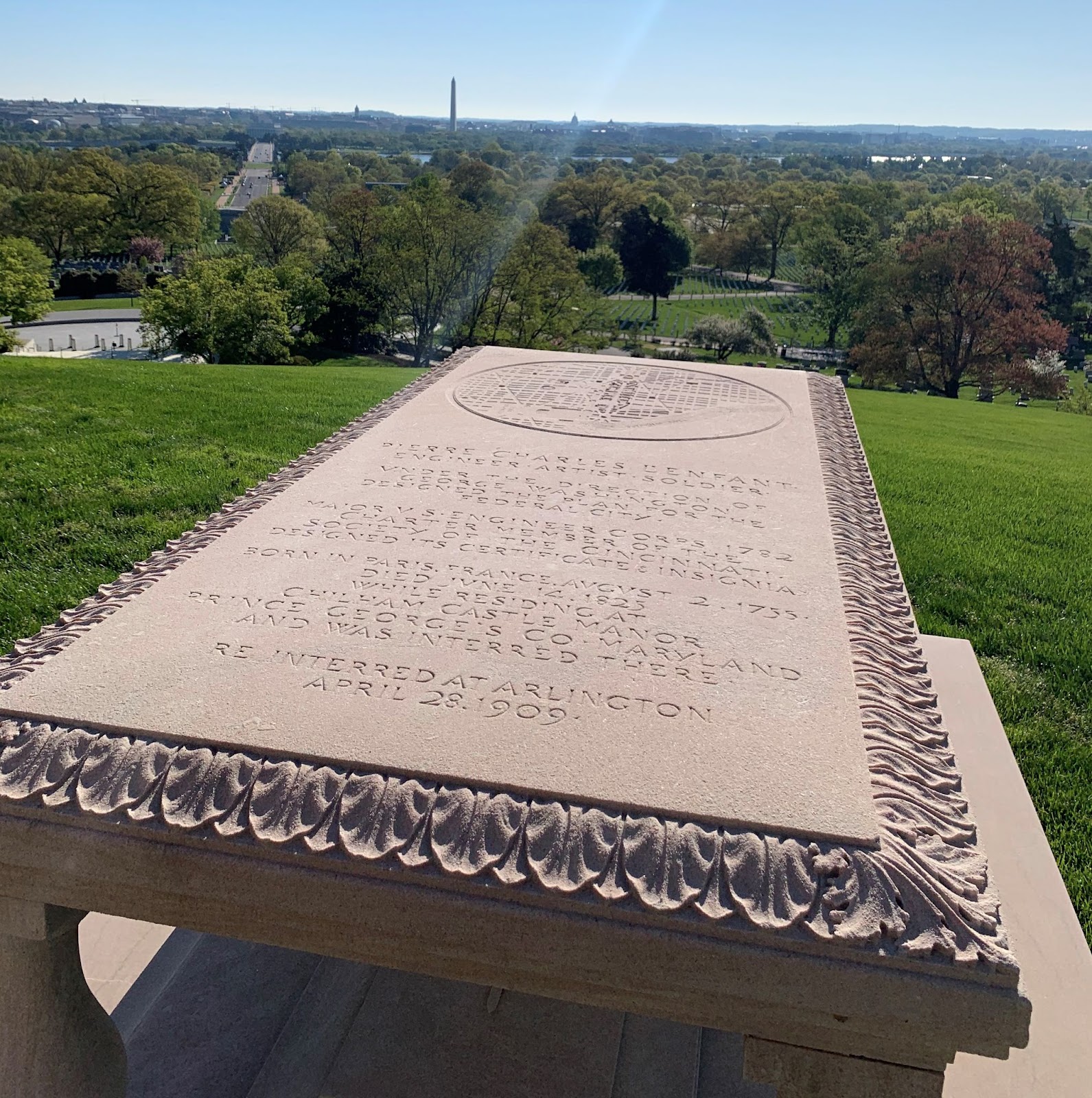 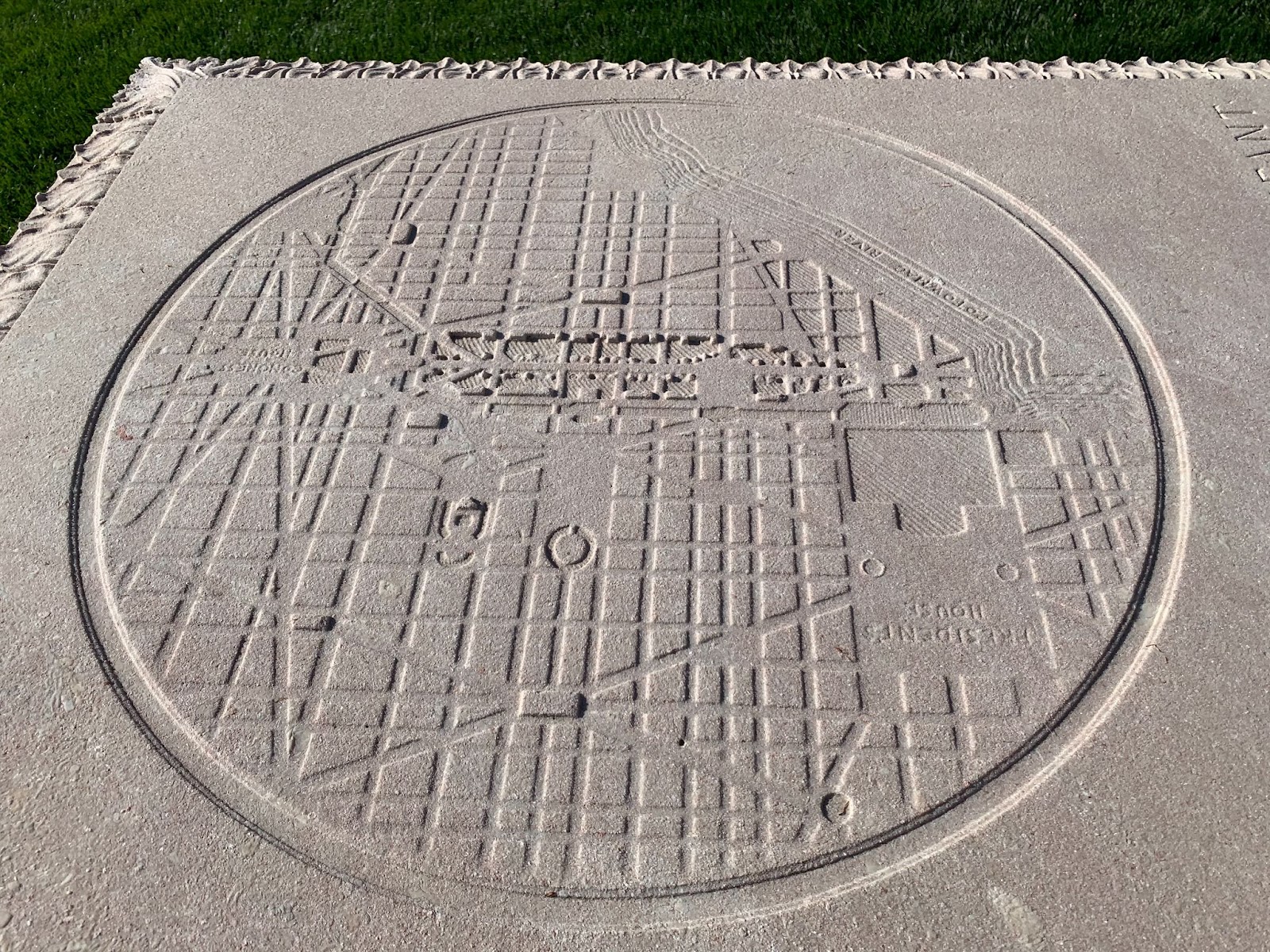 On my latest visit to Arlington National Cemetery, I went to see Arlington House which sits at the highest point in the cemetery.  Outside of Arlington House is the gravesite of Pierre Charles L’Enfant.

L’Enfant was a native of France who left at a young age to enlist his services in the  American Revolutionary War.  He was an engineer by training and served as a Captain in the Corps of Engineers.  L’Enfant was wounded in the Siege of Savannah and later recovered only to be captured and become a prisoner of war.  He was freed in a prisoner exchange and served the remainder of the war on the staff of General George Washington.

After the war concluded, Congress began the discussions and planning for a federal city that would serve as the capital of the fledgling nation.  Eventually, newly elected President George Washington appointed L’Enfant to plan and design the new city.   Things were not smooth sailing for L’Enfant and he was eventually dismissed by Washington and the project planning for what would become Washington DC proceeded on without him.

In 1902 the McMillian Plan was a report issued by the United States Senate to examine the park system planning for Washington DC. What came out of this report was the beginning of the creation of the National Mall as we know it today.   Much of this plan was based on the work that L’Enfant had done over a century before.

In 1909 L’Enfant, who died in 1825 was moved from his resting spot in Prince George’s County Maryland to his new resting spot atop the hill outside of Arlington House in Arlington National Cemetery.  His gravesite overlooks the National Mall that he helped inspire.  On his tombstone is engraved a map of his original design for the new federal city.

Was L’Enfant a Freemason?  That is a topic of considerable debate.  I encourage you to read this article by Pierre F. de Ravel d’Esclapon, 32°, Valley of Rockville Center, N.Y. for further information.

Freemason or not, L’Enfant left an indelible mark on his adopted home country, the United States of America.