I know what you're thinking--didn't you just publish a book a few months ago?  This guy must be a writing machine!  Wrong Creason.  These two books were written by my mother, Jane S. Creason, and have just become available on Amazon and Barnes & Noble (and yes, you can get them for both the Nook and Kindle).  She's a good writer, and a really good editor too.  She's edited all four of my books (if she hadn't, I'd probably still be trying to get them published.)
She's worked on these on and off for years, and finally decided to take the plunge and publish them.  I haven't read the second one yet, but I really enjoyed the first one.  It's a very good story, and based loosely on a true story about my Grandfather.  Check them out.
﻿ 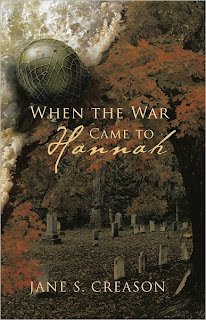 From the Publisher About When the War Came to Hannah:
Though the rural, midwestern rural of Hannah is far removed from the center of World War II, its residents feel the effects of rationing, shortages, and blackouts. Fourteen-year-old Joanna Elaine Grey and her fellow students follow the war's headlines, tacking news articles of bombings, Japanese American evacuations, and troop landings to the school's bulletin board.
In February of 1942, Joanna receives a gift of sorts-a new best friend. Red-headed Gretchen Bocher and her family have just moved to Hannah from California. During the next year the two girls grow up against the backdrop of the war and experience new friendships and young love.
When a local church sponsors the relocation of a Japanese American family to Hannah, Joanna and Gretchen feel joy in helping the new family adjust to life in the Midwest. But they experience crushing pain when the war finally comes to Hannah. They learn firsthand about the evil of prejudice and the illogical thinking associated with hate and fear. 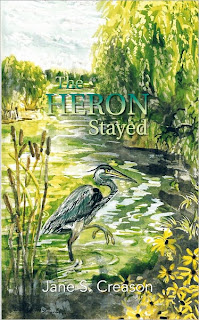 From the Publisher About The Heron Stayed:
Fifteen-year-old Chap Smith has an unusual life. He lives with his father and his sister, Lori, in a big house in the Indiana woods. Lori is like a mother for him, watching out for him and keeping him safe. Chap likes to read and write; he enjoys the quiet of the woods where he has lived since his birth. And he doesn't mind sharing household chores with Lori-they're a great team. When Lori's job requires her to move to Virginia, however, Chap's quiet, predictable life suddenly changes.
For the first time, he is alone with his remote, detached father, a retired military man who spends most of his time in his den, writing a book about war. When his father's unusual behavior becomes difficult to understand, Chap believes his father is playing games with him, as he had when he was a child-challenging him with problems to solve.
During the months that follow, Chap must deal with his father's unexplained behavior, his own loneliness, and a conflict at school with his best friend. In the midst of this chaos, he meets a new girl who has beautiful deep-sea, blue-green eyes, a scarred face, and an unusual story of her own.
﻿﻿
About the Author:
Jane S. Creason graduated from the University of Illinois; she has since taught grade school, middle school, high school, and college English classes. She and her husband live in a remodeled schoolhouse on a farm that has been in her family for generations. They have two married children and four grandchildren.