Sam The Snowman: Freemason Or Not? 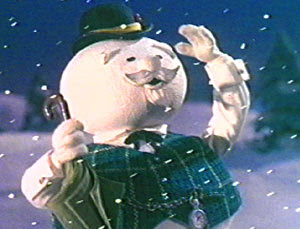 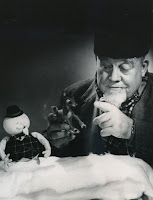 Ever since Rudolph the Red-Nosed Reindeer premiered on NBC in 1964, it has been rumored by conspiracy theorists that "Sam the Snowman" was in fact a Freemason.  I mean he did know an awful lot about the story considering he wasn't actually a part of it. As additional evidence, there are also a number of fuzzy photographs of Sam whispering in Rudolph's ear, and a very suspicious handshake between Sam on one of Santa's elves.
But it is true--"Sam the Snowman" a.k.a. The Illustrious Burle Ives, 33° was indeed a Freemason.  And now, boys and girls, you know why nobody knows how Santa delivers all those packages in one night. It's a Masonic secret!
Merry Christmas!