Who were the Gormogons?!

If there was ever a group of foolish men whos utter buffoonery would cost them the penalty of being forgotten, it is the Gormogons. Imagine yourself, a Freemason walking the streets of London in the year 1725. A proud and just man you are but there was this group, another society and they hated you, just for being a Freemason.

Now this might not seem so far fetched, you might be thinking about religious groups and fantasists that might condemn you. But no, you would be wrong. This group, the Gomogons was not like that, no sir. They existed simply to degrade a Freemason and cause him to renounce his Masonic oaths.

Legend has it that the Gormogons were formed sometime around 1724 and that they would invite masons to join the fraternity claiming they had secret knowledge and were in fact descendants of some sort of ancient society in China. Accounts say that before a Freemason could become a member he had to be belittled, degraded and then as aforementioned, renounce his Masonic oaths. 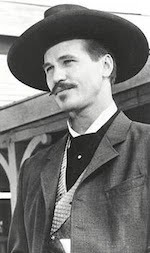 They were absurdly pretentious, writes Mackey in the Mackey Encyclopedia of Freemasonry. They would even publish articles and short pamphlets ridiculing Freemasonry. The Gormogons flourished for only a short period and are now extinct. When they disappeared, many of the documentation of their meetings disappeared as well. In fact no record of the group exists to this day except for some pieces that Bro. R.F. Gould had published in an article he wrote on the Duke of Wharton, in volume eight of the Transactions, Quatuor Coronati Lodge.

In recent times there has been a reemergence of this group. However it is a joke secret society on the internet. On their website under the section about us it reads "A secret society dedicated to the restoration of the Kingdom of Poland-Lithuania, the imprisonment of Esperanto speakers, and furthering the eschatological doctrine of the Return from Occultation of the Thirteenth Imam, Val Kilmer.

I hope you had a laugh out loud moment.

Sir Knight Robert Johnson, 32° is the editor of the Midnight Freemasons blog.  He is a Freemason out of the First North-East District of Illinois. He belongs to Waukegan Lodge No. 78. He is also a member of the York Rite bodies Royal Arch, Cryptic Council and Knights Templar, and a member of the Scottish Rite Valley of Chicago.  Brother Johnson currently produces and hosts a weekly Podcast (internet radio program) Whence Came You? which focuses on topics relating to Freemasonry. In addition, he produces video shorts focusing on driving interest in the Fraternity and writes original Masonic papers from time to time. He is a husband and father of three. He works full time in the safety industry and is also a photographer on the side as well as an avid home brewer. He is also working on two books, one is of a Masonic nature.