UPDATE Masonic Rings: Points In Or Points Out? 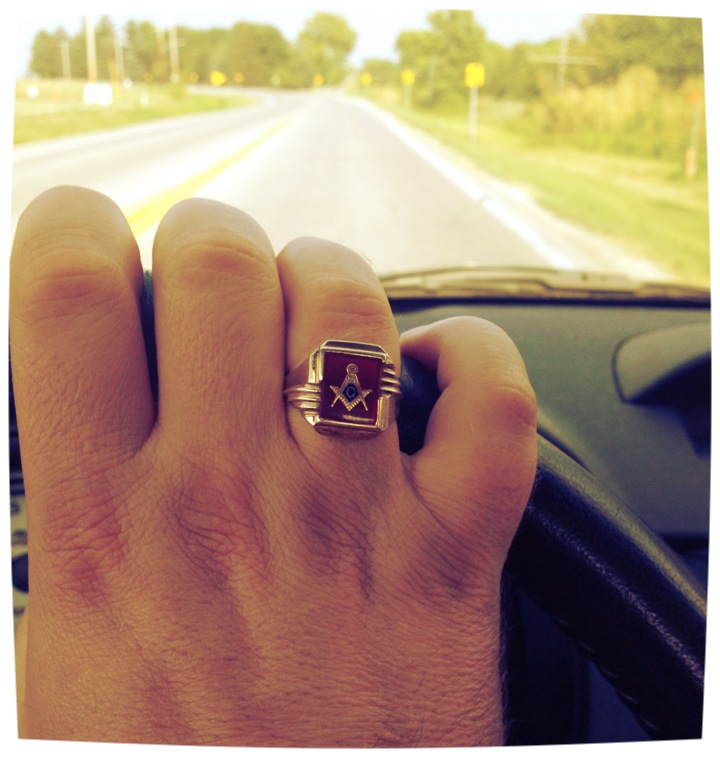 Several weeks ago, Brian Schimian and I wrote a piece together called Masonic Rings: Points In Or Points Out.  To say it was well recieved would be an understatement--I've been doing this since 2007, and I can say I've never seen anything like it before.  It was all over Facebook, and Twitter, and I couldn't even begin to guess how many emails I got from all over the USA.  Everyone had a thought about how Masonic rings should be properly worn.

Brian and I knew it was a good discussion topic, because the subject had come up more than once during group discussions on Facebook, and it always led to an entertaining exchange between the points up Masons and the points down Masons.  All it good fun, of course.  We thought it would be fun to open up a discussion, and find out what everyone thought, and hopefully learn what some more of these customs were and the logic behind them.  It worked fabulously.

As Brian Shimian and I suspected, there were a lot more customs out there than we thought.  I thought I'd post a few of those customs our readers were good enough to share.  There was a lot of variety but three main schools of thought on the topic emerged.  They are as follows:

3.)  Points out when you're traveling so that other Masons might recognize you as a Brother.

There was one comment in particular that I really liked.  It wasn't a lodge custom, it was the individual Master Mason's custom.  He said he didn't look at the ring when he put it on in the morning.  He said if it happened to be points in, it meant that on that day, he was going to work on becoming a better man.  If it happened to be points out, he was going to do what he could that day to make the world a better place.  I thought that was a fantastic way of looking at things.

And one Master Mason said you wear your Masonic ring with the sharp points out before coffee, to warn those that might not be aware that it was unsafe to approach.  I pretty sure he was pulling my leg.

And while so many were willing to share their local customs on how to wear Masonic rings, nobody seemed to think it was particularly important.  One thing that was said over and over in the comments and emails was that it really doesn't matter so long as you wear the ring proudly and that you always present yourself as a good example of what a Freemason is.

And, of course, that is correct--it really doesn't matter.  Brian and I had come to that conclusion long before we wrote the piece.  Thank you all for participating in our discussion.  It was great fun!