Hermes Said What? Oh My Goodness!

Hermes Trismegistus (Thrice Great) gave a very interesting statement on God and Creation:
Atum creates the Cosmic Mind
The Cosmic Mind creates the Cosmos,
The Cosmos creates Time,
Time creates change.
Change creates Life.
Hermes believed that God (Atum) was the original source of everything; His essence filled everything; and that He controlled everything in perfection. His thought of Creation was the force that caused the Cosmic Mind (Consciousness) to exist and it was complete and perfect. The Cosmic Consciousness is the source of all knowledge and the force which makes physical Creation happen. This is done by the creation of the Cosmos.

The Cosmos is the entity that is composed of the stars and planets which turn and move in their respective perfect orbits and who always return to their starting point only to begin again in endless perfect repetition. The Cosmos is the place where all matter is created into its individual forms. The Cosmos is the creator of time.

Time is created by the perfect and continual revolutions of the bodies in the Cosmos. Since they all have a beginning and ending point of each revolution, the concept of before, now, and tomorrow are created. Because if their spin while in orbit we are provided with the concept of day and night. Those planets that have both a sun and moon provided their planet with the concepts of solar days and lunar days. This action also creates change.

Change is created because of the ability to measure things in time. We can count our years of existence because we use the anniversary of our birth. This separation of things into past, present, and future gives us the sense of time and movement through time. This change is the parent of life as we know it.

Life is made possible because the ability to change over time allows us to learn, grow, and increase. Each generation of creation is more advanced (physically, mentally, or spiritually) than the last one and more capable of knowing and understanding the principles of Nature and Creation.

This process described by Hermes is very similar to the explanation of the Creation to be found in the Mystical Traditions of the Hebrew religion. It truly seems that the more different religious creation beliefs are studied, the more that they are seen as the same and tend toward the idea the religious thought and belief was once in total unity and divided into groups of individuals who thought and believed alike. These differences still divide us today but they need not. We may enhance the rejoining process of mankind into one unity by discarding our small differences and strongly emphasizing our many similarities. 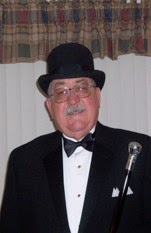 WB Sam L. Land is the Worshipful Master of Linn Lodge No. 326 A.F. & A.M. in Linn, Missouri. He also holds membership in both York and Scottish Rite, including Knight Templar. He is a life member of the Missouri Lodge of Research,  a member of the Scottish Rite Research Society, and the Southern California Research Lodge. His articles appear regularly in The Missouri Freemason Magazine and he has been published by The Working Tools Magazine. He has also presented research work to the AMD.  He is currently enrolled a student of the Guthrie College of the Consistory and has received the been awarded the Past Venerable Master and Past Wise Master Orders.