Bringing Back The Light: Introduction 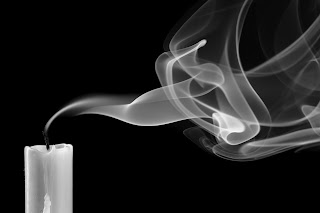 Homer Lodge No. 199 (IL) has many of the common problems Masonic Lodges struggle with today, but it's how the members of this lodge came to deal with these issues that make it an extraordinary story.

It's an old Masonic Lodge in a small town.  The membership aged, and hadn't brought in any new members in a long time.  As a result, it was suddenly faced with some very grime realities.  The Royal Arch Chapter of the York Rite that had met there for more than 150 continuous years lost its charter.  In fact, so strong was the Royal Arch in Homer, that it was the York Rite that had financed the building in Homer.  But they were no longer able to make quorum, and the Chapter's long history in Homer ended.

The members of the Lodge saw the writing on the wall, and fearing the same demise as the Royal Arch Chapter as it struggled to get enough members to a meeting to make the quorum.  Without new members, the Lodge would inevitably face closure as well.  There were enough dual members from another local Lodge, Ogden Lodge No. 754 to prop up the lodge--that bought time, but wasn't a permanent solution.

To make matters worse, during the annual District Deputy visit, the Lodge got a very bad report.  The work wasn't up to par.  The lodge was dirty, disorganized, and not in the best state of repair.  Of course the members knew the building issues well.  The roof needed to be replaced.  The plaster and paint hadn't been attended to in decades.  The floors needed work, the furniture was in bad shape, the entrance door needed to be replaced, some electrical work, carpet, insulation, windows . . . you name it the lodge needed it.  It seemed pretty hopeless.  There was a difficult decision that had to be made.  Do we try and bring it back, or do we let it go?  The conventional wisdom is to let lodges like that go--merge into a stronger lodge.

But Homer Lodge had a few things going for it.  Like three businesses on the first floor dutifully paying rent each month--including a United States Post Office.  The lodge had some money.  And while the membership problem was difficult--the town for the most part didn't even know they were still there!  It made them wonder what might happen if the town knew they were still there.

As I said, the problem is pretty ordinary--we've all heard stories like this before.  But three years ago, it was the decision the lodge made, and all the things that followed that makes this story extraordinary.  And that's the story I'm going to tell you over the coming weeks, with the hope that you'll take something from it.