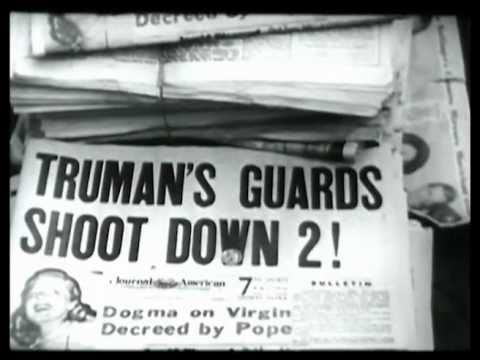 November 1st, 1950...an attempt on Brother Harry Truman's life was thwarted in what was called "...the biggest gunfight the Secret Service had ever seen." In short, Truman was napping while two Puerto Rican Nationalists devised a plan to take out the president.

The entire ordeal cost the life of only one White House Police Officer, Brother Leslie Coffelt. One of the assailants was mortally wounded and the other was sentenced to death, which was later commuted by Bro. Truman, to a life sentence.

Update: Bro. Coffelt was laid to rest in Arlington Cemetery with a Masonic service done by Potomac Lodge No. 5

For further details, Follow Potomac Lodge No. 5 on Facebook. Many thanks to the lodge for updating us here at the Midnight Freemasons on the fraternal update of Bro. Coffelt.

Bro. Robert Johnson, PM is the Managing Editor of the Midnight Freemasons blog. He is a Freemason out of the 1st N.E. District of Illinois. He currently serves as the Secretary of Waukegan Lodge No. 78 where he is a Past Master. He also serves as the District Deputy for the 1st N.E. District of Illinois. Brother Johnson currently produces and hosts weekly Podcasts (internet radio programs) Whence Came You? & Masonic Radio Theatre which focus on topics relating to Freemasonry. He is also a co-host of The Masonic Roundtable, a Masonic talk show. He is a husband and father of four, works full time in the executive medical industry and is also an avid home brewer. He is currently working on a book of Masonic essays and one on Occult Anatomy to be released soon.