Don Rickles: Freemason Or Not? 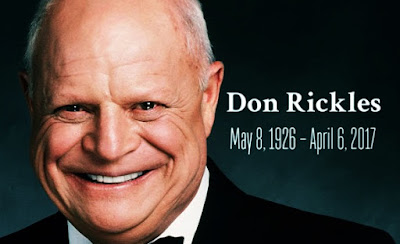 "Who picks your clothes--Stevie Wonder?"

Known as "Mr. Warmth" for his bombastic insults and abrasive humor, Don Rickles enjoyed a career that spanned more than seventy years.  He rose to fame in the 1950s when he spotted Frank Sinatra in the audience during his standup routine in a Miami Beach nightclub--and proceeded to insult his most recent film.  Frank enjoyed his show so much he invited his friends to go and see him and be insulted themselves by the young comedian he called "bullet-head."  Don Rickles was soon headlining in Las Vegas--thanks to the help of the friends he never grew tired of insulting and who never seemed to get tired of being insulted by him.

He had a long career as a headline comedian, he appeared in many Hollywood movies, and made guest appearances on more television shows than just about any other comedian in history--everything from F-Troop to The Andy Griffith Show to Murphy Brown to most recently in 2011 on Hot in Cleveland where he played a boyfriend of Betty White's.  But without question, he is best known for his more than 100 appearances on Johnny Carson's Tonight Show and his obnoxious performances during Dean Martin Roasts.

Don Rickles was a character that people tended to have a strong reaction to--you either loved him or hated him.  You either enjoyed his caustic style or you didn't.  But without question, there will never be another comedian quite as unique as Don Rickles.  He was one of a kind.

But to get back to the original question.  Was Don Rickles a Freemason?