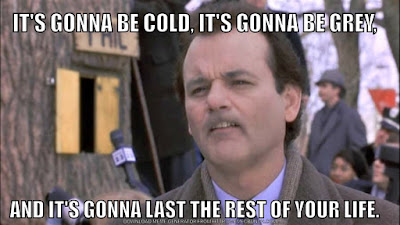 I went to a Lodge meeting last night.


We opened on the First, Second and Third Degrees of Freemasonry.


The Worshipful Master called on the Secretary to read the minutes of the last meeting. The
Secretary read the minutes, including the name of every attendee and the names of each
officer filling a station. The Secretary then reported he also had minutes from a called meeting
held since our last regular stated communication. He read those minutes and in the same
manner ran through the list of names of all attendees and officers in each position. The
members present approved the minutes as read.


The Worshipful Master asked if there were any petitions presented. The Secretary
announced there was one. He read the petition in full, word-for- word. The Worshipful
Master appointed an investigating committee to meet with the petitioner.


Things got exciting when there was an alarm at the outer door. At the direction of the
Worshipful Master, the Junior Deacon answered and announced there were two additional
Brothers desiring admission. The Worshipful Master directed him to admit them and inform
them we were working on the Third Degree of Freemasonry.


The Worshipful Master asked if there were any reports from committees. A Brother stood and
reported on the results of an investigating committee visit. The committee’s recommendation
was full and favorable. That being the case the Worshipful Master called for a vote. The
Worshipful Master, along with the Senior and Junior Wardens inspected the ballot box and the
Brothers lined up, filed past the box and voted. The vote was clear in the South, West and
East. The Worshipful Master said he would contact the candidate to agree to a time and date
suitable for his initiation.


A Brother from the building committee reported the air conditioner did not have to be replaced
but could be repaired. The members voted in favor of allocating funds for the repair.
Another Brother reported a long-standing member of the Lodge had passed away. The
Worshipful Master called for a moment of silence and asked that the Charter be draped.
Time being short we tabled a discussion to plan our upcoming fish fry.


The Worshipful Master then proceeded to close the Lodge, peace and harmony prevailing.
I’m looking forward to the next meeting. That discussion of the fish fry could get really
interesting when we try to decide what to serve the attendees who don’t like fish.


It was an awesome evening. I just can’t figure why attendance at meetings is so low and why
anyone would not want to join this fraternity.


Bro. Steve Harrison, 33° is Past Master of Liberty Lodge #31, Liberty, Missouri. He is the editor of the Missouri Freemason magazine, author of the book Freemasonry Crosses the Mississippi, a Fellow of the Missouri Lodge of Research and also its Worshipful Master. He is a dual member of Kearney Lodge #311, St. Joseph Missouri Valley of the Scottish Rite, Liberty York Rite, Moila Shrine and a member and Past Dean of the DeMolay Legion of Honor. Brother Harrison is a regular contributor to the Midnight Freemasons blog as well as several other Masonic publications. His latest book, Freemasons: Tales From the Craft & Freemasons at Oak Island. Both are available on amazon.com.