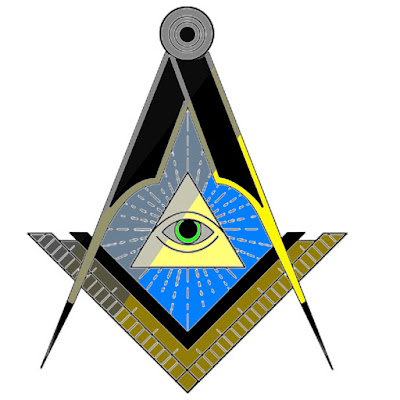 Back in 2009, as social media was bursting its way onto the scene I met with the Missouri Lodge of Research to map out a plan and establish an official blessing for maintaining a Twitter and Facebook presence for the LOR.

With that, we started co-posting Masonic tidbits on each site. Most were historical in nature, something like, "Charles A. Lindbergh, pioneer aviator, first to fly the Atlantic, Keystone Lodge 243, St. Louis, was born this date in 1902." Others simply addressed the tenets and symbolism of the Craft such as, "The anchor and the ark are emblems of a well-grounded hope and a well-spent life." At the time Twitter had a 140 character limit which precluded much in the way of depth on any given post.

We never really promoted the site but followers trickled in. I have posted daily since the project started.

Late last year, I began adding a picture to every post. It's a well-known fact that posts with pictures garner more interest than those which are exclusively text. It increased my workload and the time I have to spend with the project, but I figured it would be worth it if the Lodge of Research got more exposure. And it worked. Almost immediately the Facebook site got many more likes and engagements. The new follower graph got much denser as we've been adding several new followers daily instead of the previous one or two a week. Twitter activity and likes increased as well.

Not long after I started posting the pictures I began doing something else – I've been doing everything I can to find or create a colorpicture to go with the post. While I really can't quantify its effect, there has definitely been an up-tick in interactions. Color brings things to life. It can make things fresh, new and exciting.

A lot of the things I post, especially about people, had been black and white, drab, old, lifeless. I don't think it's a stretch to think that such pictures could imply Freemasonry itself is drab, old, lifeless, a thing of the past. That's not a message I want to send.

Freemasonry has a rich history, but if we want to attract a new generation of members and energize current members we need to show them we are alive and well and relevant for today. My colorized posts aren't going to do that by themselves; they are merely symbolic for what we need to do.

I saw an incredible statistic this week. Twenty-two percent of millennials say they have no friends (https://tinyurl.com/FriendSurvey99). I know where they can get them. What we have to do, without changing our principles, is show them how the tenets of Freemasonry are relevant to them. Easier said than done, but we're not going to do that by staying on the path we've been on for years. And we're not going to do it by continuing to hide our light under a bushel. We simply have got to do more, much more, to promote the Craft. Let me repeat that: we have to do much more to promote Freemasonry in an exciting, relevant way – in living color, so to speak.

Unfortunately I'm not really optimistic we'll do that because… say it with me… we've never done things that way before.