Fiction Novel is Just About Wrapped Up 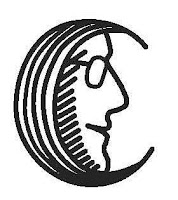 Things are rolling along very nicely with my novel One Last Shot.  Another week, and I imagine it'll be completely done and awaiting release.  And you're probably tired of hearing about it, so I promise, this will be the last post about it until I announce the release.  The editing is finished, and the interior design has been completed with the exception of the title page, which my graphic designer will lay out to match the cover.  The cover!  Wait until you see the cover!  I've got a very talented cover designer from California, Brion Sausser, working with me on the cover.  There's a good chance this novel will become a series, so he's worked hard on coming up with thematic elements in the cover that can be used as a cover "signature" so that all the covers in the series have a common look.  He's done a wonderful job on this one.  He provided me originally with three cover concepts, one of which I pretty much knew the second I saw it was the one.  Of course, I'll have to keep that cover tightly under wraps until we get closer to the release.  But I will tell you, it has a real "retro" feel to it.
One Last Shot will be available from Moon & Son Publshing at online booksellers, bookstores and for download to your Nook or Kindle in early 2011.
Whew.  I see a lull coming up, and I need one.  Maybe I can actually write something for a change.