I've pretty much gotten everything done at this point, so I've decided to move the release date of One Last Shot up to January 2011.  The electronic versions will be available later through Google Books, Amazon, and Barnes & Noble.
I had no idea when I decided to become an independent publisher and put together Moon & Son Publishing how much work it was going to be (and how much I was going to have to learn about just about every aspect of publishing.)  But it was well worth the two or three months of near constant frustration, and climbing what proved to be a pretty steep learning curve.  But I've had a lot of help from other independent publishers, from the knowledgeable staff at LSI, from my graphic designer Brion Sausser, and there are a few great books out there for independent publishers that I found invaluable written by Aaron Shepherd.  And of course, Moon & Son Publishing has a great imprint designed by my friend and fraternal Brother, Ray Gordon.
﻿﻿﻿﻿﻿﻿I don't know if I'd recommend going this route for a first-time author, but if you're planning on putting out a title a year, there are tremendous advantages to going through this pain, and moderate expense.  There's a much better profit margin.  You maintain the control over every aspect of your project--every detail from layout to marketing.
However, on the downside, there's a lot to learn, there's a lot to do, there's a million steps, and a lot of tiny little details to keep track of.  You'll have to learn about everything from creating a distilled PDF to a certain set of very rigid specifications, to figuring out manufacturing costs and margins, to learning how to convert your book files into a variety of electronic formats.  If you're not a detail oriented person, this isn't the right choice for you.  I've been a business manager and accountant for nearly 25 years, dealing with details every day, and this little project frazzled me a bit. 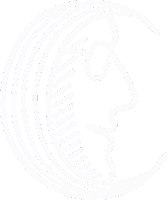 But as with all things, it gets easier after the first time.  I'm not deterred, in fact, Moon & Son Publishing has plans on re-releasing updated and revised versions off all three of my previous books in the next year (including electronic versions for your e-reader).  And, of course, now that I've managed to navigate this minefield, maybe I can get back to doing what I really enjoy in my free time.  Writing!