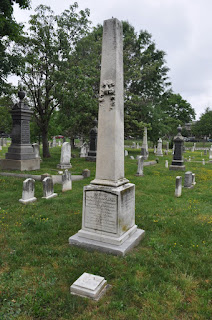 Not long ago, Brother Vanderhoef’s (Van for short) wife became ill. I had visited her in the hospital and brought a card and some flowers. Van thanked me of course and some considerable time had passed. She was sent home and then back to the hospital several times due to complications. Van would leave his loving bride at home briefly to make appearances at our stated meetings and degree work. He worked so hard at dividing his time.

It didn’t take a genius to see that Brother Van was down in spirits, but stormed on through everything he could, providing care for his wife until the day she passed, not long ago. There was no doubt that countless Brothers attended her service, where Brother Van performed her service himself as it was his duty. Flash forward a month or two and we come to my Blue Lodges annual installation of officers. 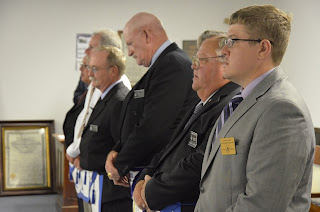 Brother Van looked to be in better spirits, almost as if he knew his wife was at peace and now so could he. In fact at one point that night, he asked me to remove my tie because he wanted me to wear the traditional bow tie. When the Mason of the year for the state of Illinois asks you to take off your tie, well, you do it. He then proceeded to tie an extra bow tie on me, since I didn't know how.When the installation of officers was over, as customary in our lodge, each installed officer stands up and introduces his family. Several Brothers had family present, including myself. I introduced my wife, brother-in law, sister-in law, niece, nephew, three friends, father-in law and his lady. Applauds after each.

When it came time for Brother Van, our installed Chaplain to introduce his family, he stood up slowly turned to the crowd and waved his hand over all the Brethren and said “This is my family.” The applause was amazing. I think if he had been the last one to speak there would have been a standing ovation. Brother Van’s statement was so unique and simple I think it made everyone realize that to a point, that was true for all of us. For a lifetime of service, for being a mentor, a gentleman, a brother and an inspiration, whether he ever reads this or not, I know I speak for so many when I say, thank you brother Van.