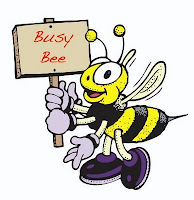 The end of last week was a little crazy. On Thursday, we had a first degree at my home lodge (Tuscola No. 332) in Tuscola, Illinois. On Friday morning, I helped my wife and son finish packing for DeMolay’s Illinois State Conclave, held at Eureka College, saw them off, and then took off for Bloomington, Illinois, for the York Rite Grand Sessions, where I gave a presentation on leadership. On Saturday at 6:45 am, I piled into a car with four other Brethren to drive to Danville for a Blue Lightning, where, with about ninety other Brothers in the space of six hours, we helped fifteen Entered Apprentices receive their second and third degrees. Then on Sunday morning, I drove out to Eureka for DeMolay’s installation of officers.  By the time I got home on Sunday, I was a little tired.

I also learned, or was reminded of, a few things. First, Grand Lodge officers are far busier than I am and never seem to flag. One of these days I’ll have to ask them how they do it. Second, windshield time is great for reviewing ritual in your head. Third, no matter how cramped the car, when you’re going somewhere with your Brethren, the trip is fun. Fourth, when you have scads of Brothers helping with a Blue Lightning, being appropriately serious and light-hearted, and the coordinator and his assistants are good at their jobs, the candidates will have a meaningful experience. Fifth, DeMolay is the world’s greatest organization for boys and young men, and I wish I’d known about it when I was a teenager. 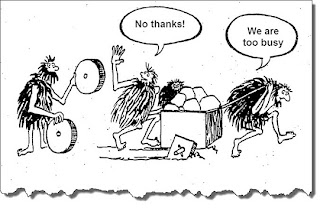 Finally, Masonry is many things—a duty, tiring, puzzling, fun—but it is always a joy. Even with the exhaustion I felt on Sunday night, I was spiritually energized, and given the choice between sitting at home doing nothing and exhausting myself with Masonic work and travels, I’ll take the latter. I would not trade the privileges of Masonry for anything in the profane world.

R.W.B. Michael H. Shirley is the Assistant Area Deputy Grand Master for the Eastern Area for the Grand Lodge of Illinois A.F. & A.M.  He is the Past Master of Tuscola Lodge No. 332 and Leadership Development Chairman for the Grand Lodge of Illinois. He's also a member of the Illinois Lodge of Research, the Scottish Rite, the York Rite, Eastern Star, and the Tall Cedars of Lebanon. He's also a member of the newly-chartered, Illini High Twelve No. 768 in Urbana-Champaign. The author of several articles on British history, he teaches at Eastern Illinois University.A Cr