Bing Crosby: Freemason Or Not? 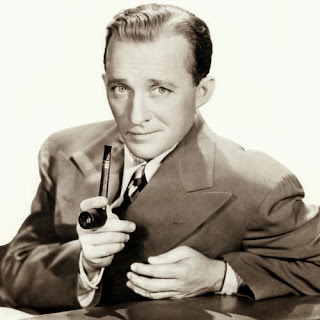 “White Christmas” is the bestselling song in history according to Guinness Book of World Records.  Since it was released in 1942 it has sold more than 50 million copies.  The first time Americans heard that song was when Crosby performed the song live on his radio show in 1941—it was one of the songs from the movie “Holiday Inn” he was starring in.  It was written by Irving Berlin, and Crosby didn’t think it was very remarkable when he first sang it.  He later recorded it in the studio with an orchestra in just 18 minutes and released it as part of a six song album of songs from the movie “Holiday Inn.”  “White Christmas” wasn’t the hit song from that movie originally—it was the song “Be Careful, It’s My Heart” that originally became popular.

But White Christmas struck a chord with those serving during WWII.  The nostalgic tone of lines like “just like the ones I used to know” and “where the treetops glistened” hit home with veterans serving away from their families, and the Armed Forces Network was overwhelmed with requests to play the song.  The original master recording was used so often, it eventually became damaged.  Bing Crosby remade it in 1947, and that’s the version most often heard today.

My Grandma Creason never liked the song.  When it was originally released, she was working in a small restaurant.  The customers there played the song on the jukebox over and over and over again—to the point everyone that worked there was sick of it.  One of her co-workers told her as the song was playing yet again, “Don’t worry, Lucile, they’ll eventually get tired of it.”  But, they never did.  71 years later, it’s still one of the most popular songs during the holidays.  Bing Crosby’s version still remains the most popular and has never been out of circulation.  But that’s not the only version—“White Christmas” has been re-recorded by more than fifty different artists over the years.

But the question is—was Bing Crosby a Freemason?

Bing Crosby is often listed as a Freemason, but in fact, he was not.  He was never the member of a Masonic Lodge.  Some of the confusion is because of the song “White Christmas.”  Bing Crosby wasn’t a Mason, but the man that wrote “White Christmas” certainly was—and he was one of America’s most prolific and successful songwriters of all time.

Irving Berlin was a member of Munn Lodge No. 190 in New York.