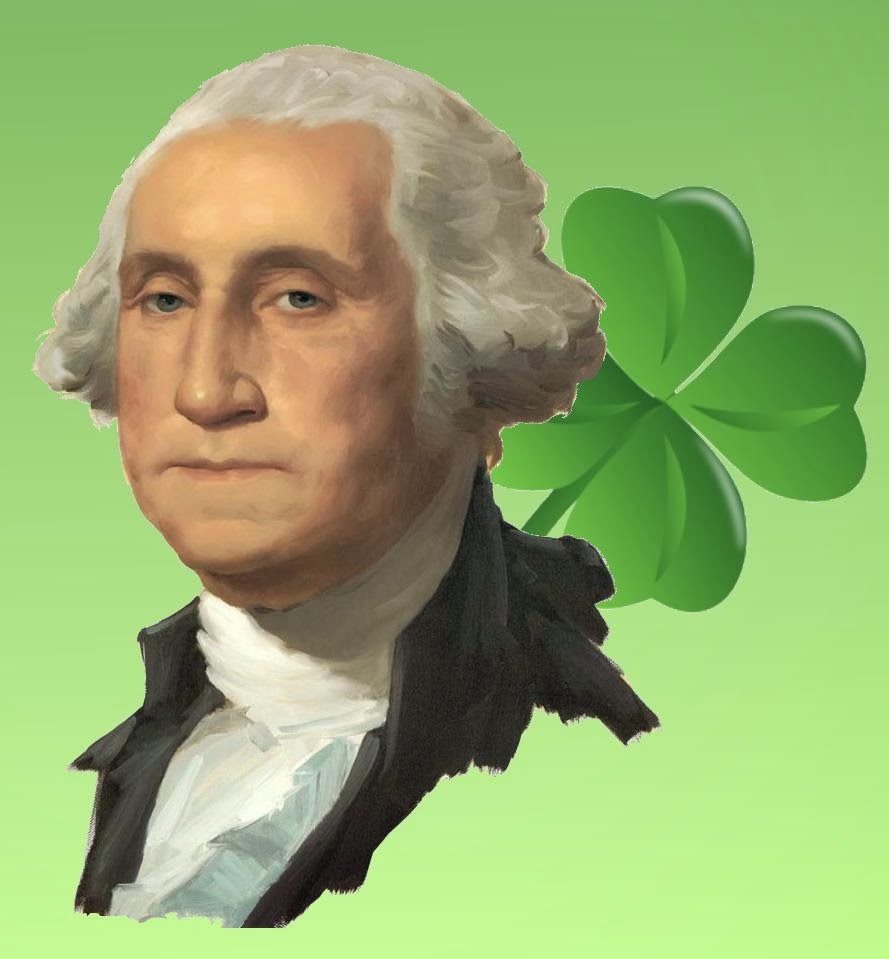 Every school kid learns March 17 is the day we celebrate the life and deeds of  Maewyn Succat, the second Bishop of Ireland, who is better known as Ireland's Patron Saint, St. Patrick.  Those same school kids also learn Patrick's great triumph was chasing the snakes out of Ireland.  It's true, there are no snakes in Ireland; however, that's more likely because there have never been any snakes on the isolated island.

Captured and taken into slavery as a youth, Maewyn, a.k.a. Patrick, escaped to the European mainland.  While a slave he had converted from paganism to Christianity, and once on the continent, he sought refuge at Marmoutier Abbey, a French monastery.  There, he accepted his calling, which was to convert other pagans to Christianity.  With that, he returned to Ireland and became very successful at making those conversions.  In a manner of speaking, the "serpents" he figuratively chased from Ireland were the pagan Druids, not actual reptiles.

After a successful ministry, Patrick retired to County Down, where he died on  March 17, 461 A.D.  Although never officially canonized by the Catholic Church he is, in fact, recognized as a saint; and today we celebrate the Feast of St. Patrick, or St. Patrick's Day, on the anniversary of his death.

However, even in Ireland prior to the late 18th century, St. Patrick's Day was not that big of a deal.  The same was true in North America, where the churches in Boston, with its large Irish population, didn't recognize the day until 1737.

"So, what," you may ask, "does this have to do with the Freemasons?"

About twenty years later, during the French-Indian War, a young Masonic Colonel recognized the morale among his troops was low and decided they needed what today we would call some "down time."  It was March, at the end of a long, brutal winter and many of the troops were Irish.  It didn't take the Colonel long to figure out the best day to declare a general holiday would be St. Patrick's day.

Several years later, that same Freemason, now a general in the American Revolution, faced a very similar problem.  Billeted at Morristown, New Jersey, his troops were discouraged after a long winter of devastating fighting and losses.  On top of that, the preceding winter of 1779-80 was brutally cold.  That General, George Washington, again had many Irish troops under his command and once again he saw the opportunity of celebrating St. Patrick's Day to boost morale.  With that, Washington issued the order giving his troops their first day off in over two years, “The General directs that all fatigue and working parties cease for to-morrow the SEVENTEENTH instant, a day held in particular regard by the people of [Ireland].”

The respite from the ravages of war and winter went over well with the troops, some of whom were said to celebrate with a "hogshead of rum."  Washington is credited with establishing the first instances of a secular celebration of St. Patrick's day, a tradition which caught on and has grown to become a major event today, with the hogshead of rum long replaced by freely flowing green beer.


Steve Harrison, 33° KCCH, is a Past Master of Liberty Lodge #31, Liberty, Missouri. He is the editor of the Missouri Freemason magazine, author of the book Freemasonry Crosses the Mississippi, a Fellow of the Missouri Lodge of Research and also its Senior Warden. He is a dual member of Kearney Lodge #311, St. Joseph Missouri Valley of the Scottish Rite, Liberty York Rite, Moila Shrine and is a member of the DeMolay Legion of Honor.