One of the great things about Freemasonry are the brothers you meet along the way.  They come from all walks of life and Freemasonry is that common bond that has brought you together.  Many individuals have had a positive influence on my journey in masonry.   RWB Denver Phelps is one of these who stands out in particular.
Denver presided over all three degrees, as I was coming through Ogden Lodge No. 754 a few years ago.  I had never met him before I came into the lodge, but he immediately left a very strong and positive impression on me regarding his ability for ritual and kindness to a new brother.  He was what I thought masonry would be about.
But more than just this initial impression, what I have come to really respect about Denver is his dedicated service to others.  He is a Veteran, having served in the United States Navy during the Vietnam era.  Denver has been extremely involved with veterans’ affairs at the local, state and national levels as a member of Royal (IL) American Legion Post No. 996. 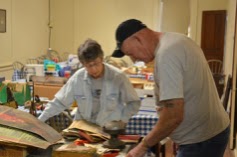 He is one of the best ritualists in our area and frequently travels to other lodges to provide a lecture, serve as a steward or preside as Master over a degree.  Whatever is needed, Denver can be counted on to show up.  He has been made an honorary member of most lodges in our area, because of this service.
Whenever I have needed Denver he has been there.  When I was about to become Worshipful Master of St. Joseph Lodge No. 970, Denver worked with me on the ritual so that I could get off to a strong start.  It was Denver who told me many years ago, when I was considering becoming a plural member of St. Joseph Lodge, that if I was going to become a plural member, to be more than just someone who paid dues and was on the roster. 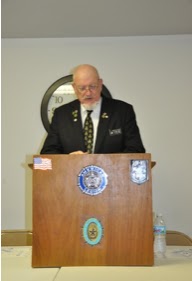 I took this advice seriously and along with others we literally kept St. Joseph Lodge from turning the lights out forever.  This lodge was later recognized with multiple Illinois Grand Masters awards of excellence and the coveted Mark Twain Award in 2011 from the Masonic Service Association.
As a scout leader, we frequently put together events that recognize and honor our local veterans.  Whenever I have needed a speaker or contact within the veterans’ community, Denver is the first person I call.   He has been the guest speaker at our community Memorial Day event and participated in our community 9/11 remembrance event on the tenth anniversary of the attacks on America.
There are countless other examples that I could provide of Denver’s dedicated service.  If you ever needed a reason to consider joining Freemasonry, there is no better reason or example than Denver Phelps.  I am grateful and thankful to call him a friend and brother.

WB Gregory J. Knott is the Past Master of St. Joseph Lodge No. 970 in St. Joseph (IL) and a plural member of Ogden Lodge No. 754 (IL), Homer Lodge No. 199 (IL) and Naval Lodge No. 4 in Washington, DC. He’s a member of the Scottish Rite, the York Rite, Eastern Star and is the Charter Secretary of the Illini High Twelve Club No. 768 in Champaign-Urbana. He is also a member of ANSAR Shrine (IL) and the Eastern Illinois Council No. 356 Allied Masonic Degrees. Greg serves on the Board of Directors of The Masonic Society and is a member of the Scottish Rite Research Society and The Philathes Society. Greg is very involved in Boy Scouts—an Eagle Scout himself, he is a member of the National Association of Masonic Scouters