Why You Should Never Ask A Freemason The Date . . . 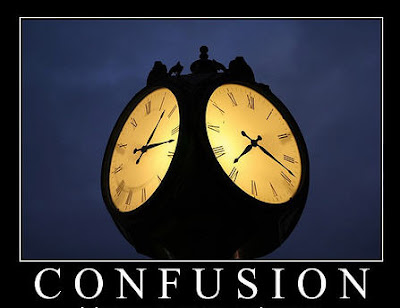 I've been the Secretary of my Lodge for six years, and every month I add 4,000 years to the date I put on our Lodge's minutes.  I never knew why.  I kept meaning to research that question, but I didn't get to it until somebody sent me an email and asked me the question.  Learning the reason wasn't very difficult, but what was interesting to learn was that many Masonic bodies have their own method for calculating the date they affix to their important documents.

Ancient, Free, and Accepted Masons add 4,000 to the common calendar year because they begin their calendar when the Grand Architect created the world and illuminated it.  They don't believe Freemasonry began when the world did, but they do so because of the symbolic reference to the light of Masonry.  So the common year 2016, would be 6016 Anno Lucis or "In the Year of Light."

The Ancient and Accepted Scottish Rite also date their calendar beginning with the creation of the world, but they use the Jewish calendar, or Anno Mundi (In the Year of the World).  The Scottish Rite adds 3,760 years to the common date, so the common calendar year 2016 would be A.M. 5776. They also use the Hebrew month and new year, so they begin to add another year after September 17th.

Royal Arch Masons use the date Zerubbabel began building the second Temple, which was 530 years before Christ.  This is called Anno Inventionis (In the Year of the Discovery) or A.I.  So the common calendar year 2016 for Royal Arch Masons would be A.I. 2546

Similarly, the Crytic Masons date their calendars beginning with the completion of the first Temple, King Solomon's Temple, which was 1,000 years before Christ.  This is called Anno Depositionis (In the Year of Deposit) or A.Dep.  So the common calendar year 2016 for Cryptic Masons would be A. Dep 3016.

The Knights Templar Order was founded in A.D. 1118, so modern Knights Templars use that as the start date of their calendars.  This is called Anno Ordinis or A.O.  So the common calendar date 2016 would be A.O. 898

Now that should have either straightened things out for you, or confused you further.  Hopefully, you found that as interesting as I did.  It's just another example of some of the unique and interesting customs of our great Fraternity.

I was unable to determine if the Shriners have a unique way of calculating their dates.  However, after talking to a long-time Shriner he did point out to me they have a very different way of telling time.  He said according to Shrine custom, when it comes to determining the time, it's always five o'clock somewhere.

Todd E. Creason, 33°, FMLR is the Founder of the Midnight Freemasons blog and is a regular contributor.  He is the award winning author of several books and novels, including the Famous American Freemasons series. He is the author of the From Labor to Refreshment blog.  He is the Worshipful Master of Homer Lodge No. 199 and a Past Master of Ogden Lodge No. 754, where is currently serves as Secretary.  He is the Sovereign Master of the Eastern Illinois Council No. 356 Allied Masonic Degrees.  He is a Fellow at the Missouri Lodge of Research. (FMLR) and a charter member of a new Illinois Royal Arch Chapter, Admiration Chapter U.D.  He  currently serves as Excellent Grand Orator of the Grand Royal Arch Chapter of the State of Illinois.  You can contact him at: webmaster@toddcreason.org