The True Strength Of Freemasonry 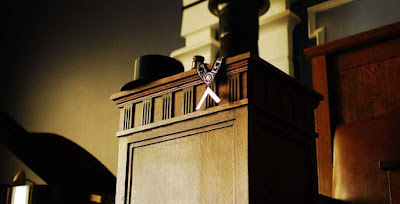 I went into Freemasonry with well honed skills in leadership, management and organization which I use in a variety of ways.   From Masonry I've gained skills in writing, researching, speaking, networking, and fundraising--as well as some refinements in how I conduct myself and present myself (got a lot more work to do there).  And I've been given the opportunity to build on and use some of the skills I have in art in music.

But I never really appreciated the self-improvement aspect of the Fraternity until recently.  I'm aware that I've changed over the years, and gained a lot of wisdom from my mentors and teachers along with a good deal of knowledge from my studies.  I've always worked to pass that along to new members, and I think I've done a pretty good job as a mentor and teacher.  But recently I saw an example that really showed me the potential of what Freemasonry is capable of accomplishing in a man's life when properly applied.

I've been mentoring a young man for about a year now.  He contacted me through the Midnight Freemasons with some questions about the Fraternity, thought it sounded like something he could benefit from, and he's now a  new Master Mason.  He's very enthusiastic about Freemasonry, and it occurred to me in talking with him why.  This is the first time in his life that he's been able to see what he has to offer, see the potential of what he can become, and see what the contributions of just one person can do to make one thing better in the world--and then compound that by joining forces with a group of like-minded men all with that same desire.

The Fraternity has opened his eyes, and there's a good chance he'll never be the same again.  His life was off track when he joined--our original conversations were about whether a Lodge would even want him.  Of course they did, and he joined.  Freemasonry helped put him back on the right track.  He's contributing to the work of his Lodge, he's helping out in his community, he's got a new job he loves, replaced a few bad habits with a few good ones, and is in a new relationship that's much better than the one that got him off track.  He's even begun attending church, which he hadn't done since he was a boy.  He's transformed his life, and it's truly been a marvel to see.

I might get boos for this, but it isn't all about doing Freemasonry--attending events, degrees, meetings, etc.  It's about living Freemasonry, and when given the opportunity teaching Freemasonry.  Those of us who do, who take those ancient teachings and apply them to our life and help others do the same thing find the greatest strength of Freemasonry--the path to a well-balanced, peaceful and happy life.