Why Are You Going to the Meeting, Again? 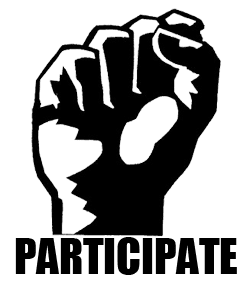 "If you don't have to do a part in the degree, why are you going, again?"-- That's a question someone recently asked me, actually it was my wife. We were walking up the stairs as I was telling her my schedule for the week. "I have nothing on Monday or Tuesday, but Wednesday I have to do an Official visit, Thursday I have Scottish Rite rehearsal, Friday I have another Official visit to conduct and Saturday, at 8:30 in the morning I need to be at a lodge for two second degrees."

With all that going on, I can see where she was coming from. We're all so busy and it seems like at a point, if you don't *have* to be somewhere, then sit back and take a break. This is undoubtedly what she was thinking. But then she asked me that question, "If I don't have a job to do, why go?" My answer was simply, "Because these guys are friends."

My wife understood at that point. She knew that these two guys were the ones Bro. Scott and I thought "Actually get Masonry." But it got me thinking. How many brothers feel this way? How many of you all feel that if you don't have a part, you don't have to go? While I feel this is never true, I can understand the reasoning if it's a stated meeting (to a point). But for a degree, everyone has a part. Even the sideliner, which is what I was that day.

I'm really not sure what to say at at this point, but perhaps I will just leave you with a statement and a quote.

Don't assume other people will do it or that other people will show up. Don't think you won't be missed or that it's okay to miss the meeting, it isn't, not in a time like this. Even if you don't have a job or a part, be there.

~RHJ
RWB, Robert Johnson is the Managing Editor of the Midnight Freemasons blog. He is a Freemason out of the 1st N.E. District of Illinois. He currently serves as the Secretary of Waukegan Lodge No. 78 where he is a Past Master. He also serves as the District Deputy for the 1st N.E. District of Illinois. Brother Johnson currently produces and hosts weekly Podcasts (internet radio programs) Whence Came You? & Masonic Radio Theatre which focus on topics relating to Freemasonry. He is also a co-host of The Masonic Roundtable, a Masonic talk show. He is a husband and father of four, works full time in the executive medical industry and is also an avid home brewer. He is currently working on a book of Masonic essays and one on Occult Anatomy to be released soon.