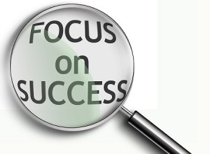 Recently, I was asked along with my peers to write a "State of the District" Report for my district. As a DDGM (District Deputy Grand Master), it's a duty that I didn't think we did anymore. If you look through the old proceedings of the Grand Lodge of Illinois, you can see these district reports. I read a few to get the flavor for how they were written. It is the wish of the administration we start to do these reports again.

So, at 11pm, the night before it was due, I sat down and wrote out my thoughts. I deleted the opening sentence three times before I was satisfied. I thought about what to say. Should I report on each lodge? Do I mention short comings? As I wrote, it became apparent that we as a district had so much to be proud of and our successes far outweighed the failures. I focused on the successes. There was far more extraordinary effort in making the successes happen than the normal circumstances that lead to small failures. So why even focus on those failures at all? I called out the successes.

In the end, I learned something through the writing and revision process. I learned how I view the district and the men who continually work to make it what it is. As we fast approach this years Grand Lodge Sessions (for Illinois), I think back over this Masonic year and give thanks to the seven lodges in our district who've worked hard, through all the trials and tribulations that we all go through and yet still manage to come out on top. I give thanks for my mentors, and the leadership to whom I report, because without them, I wouldn't know what to do.

And most of all, I give thanks to the district team; Erik, Spencer, Mike, David, Mike and Bobbie. These guys have been to the meetings, the OVs and more. Lastly I have to thank our wives, they really do support us and without them, we'd probably suck ;)

Cheers to the best district in Illinois, as PDDGM Joe Santisteban called us, the "Fighting 1st NE".