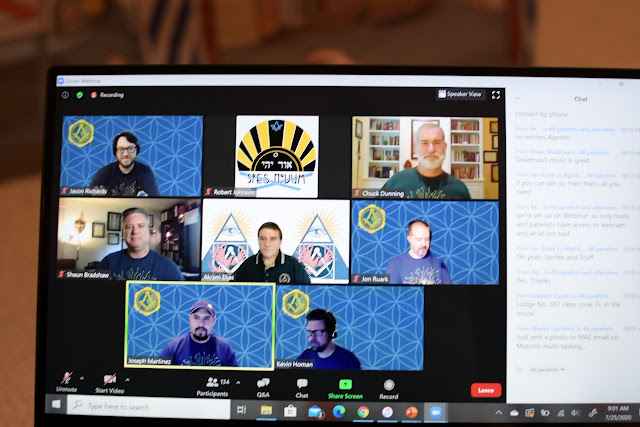 It’s been almost a week since Esotericon 2020 “signed off”, and many of us are still digesting the information gleaned in the presentations. What is Esotericon? I’m glad you asked. Esotericon is an annual conference, not unlike other Masonic conventions, e.g. MasonicCon in Attleboro or Texas Masonic Con. It has one glaring differentiator—all presentations are Esoteric.

If you want to know more about the premise and its first year, I can’t explain it better than Kevin Homan did last year when he produced this LINKED ARTICLE. You could imagine that this was a niche crowd with only a few attendees. You’d be wrong. How about 300 attendees? How about $3,500 donated to the Rainbow Girls charity fund for Give Kids the World Village.

Speakers at this year’s event included; Chuck Dunning, Angel Millar, Josef Wäges, and some return appearances by Dave Bacon, Don McAndrews, and myself. A special presentation on the Esoteric Symbology of the Rainbow was also given, and if I’m honest—was the show-stealer. There were two wonderful special guest appearances by MW PGM Akram Elias who talked about the Masonic Legacy Society. And MW Sean Bradshaw had some opening remarks. Having the conference opened by two MW Brothers felt wonderful—a validation for me at least, that labors in this area mean something.

Did I have a favorite part of the conference? I did. I mentioned above the special presentation on Rainbow, which I thought was fantastic, and I also really enjoyed Bro. Chuck Dunning’s presentation, "You are the Mysteries". 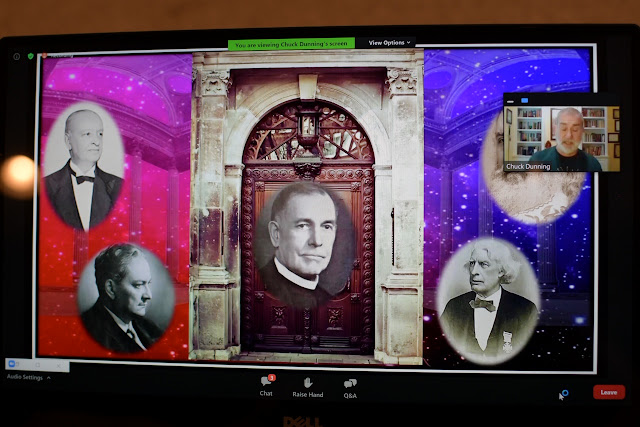 Up to this point, you’re wondering how they accomplished a conference in this global pandemic, and the answer is that they did it via Zoom webinar. It was the best Zoom meeting I’d ever been on. There were no instances of, “You’re muted!” Or other typical online meeting pitfalls. All the good and none of the bad.

Of course, the big surprise is that Esotericon has already picked a date for next year.

If you want to learn more, here is the latest episode of The Masonic Roundtable in which we spoke to the Brothers who planned Esotericon. I hope you enjoy it and I hope to see you next year at the conference!