Life Got In The Way 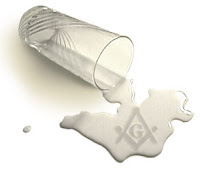 I'm part of that "lost generation" — the one that pretty much skipped joining the Freemasons and, for that matter, other such groups.  Until later in life I was no exception to that generalization and it's hard to figure why.  I almost couldn't have been more active as a DeMolay, loved it and by all logic I should have jumped right into Masonry when I was old enough, but didn't.  College, marriage, a job... life... just got in the way, I guess.  It's a shame and I'm sure I missed a lot but, you know, no crying over spilled milk.

From the day I went to college and for the next 25 years or so, I never once — not once — thought of joining.  Then one day my dad, Robert, called and told me he would be receiving his 50-year pin and asked if I would attend the ceremony to give it to him.  I agreed and joined him for the ceremony at his home Lodge, Noblesville 57, north of Indianapolis.

Walking into the Lodge that night was a strange experience.  Suddenly it was just another trip into a Lodge room that I had experienced countless times as a DeMolay.  Everything... the chairs, the altar, the Bible, the podiums, the columns... everything was in the right place.  Even the ceremony that evening seemed familiar.  The years, more than half a lifetime, that had passed since the last time I was in a Lodge vaporized.  I knew right then I had to join this fraternity.

Still, I kept that thought to myself.  Life was still getting in the way.  I had a job that was nearly 100% travel.  The logistics just weren't right.

Almost three years passed.  My situation changed.  Dad moved to the Kansas City area near where I live.  I got sick of airports, airplanes, bad food, hotels and other not-so-wonderful perks of travel and found a job at home.  One evening I was over at Dad's place and the conversation worked its way around to Masonry.  I mentioned in passing I'd like to join.

In Missouri, we are allowed to ask men to become Masons.  Dad didn't know that and, besides, he was "old school," but just one sentence was all it took.  To be one, ask one; and I had asked. 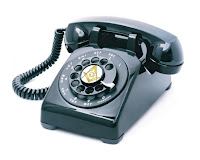 It was a 40-minute drive back to my house.  When I arrived, there was a blinking light on my answering machine.  I pressed the button, "Steve, this is George Morgan from Liberty Lodge #31.  I understand you're interested in becoming a Freemason..."

I'm guessing I hadn't been out the door ten seconds before Dad rushed to the phone book to get the number of the Lodge in my area.  It took me a lifetime to ask.  It took Dad just seconds to make it happen.