Editors Note: This one came out way before Illustrious Bro. Harrison was a regular contributor here at the Midnight Freemasons. It was published back in April of 2012. In fact, you may have even heard this on the "Whence Came You?" Podcast. I think this piece will still speak to many. I think Bro Harrison hits on some very poignant ideas. Read on, you won't be sorry.

I'd just like to take this opportunity to thank anyone who has ever told me those things for clarifying to me what I think and believe.  There was a time in my life when I thought that was between God and me, but I'm so grateful you have set me straight.  Sarcasm aside, some Christians, it seems, want me to have a personal relationship with Jesus Christ but get really upset when I keep it personal.

Having said all that, let me drop the bombshell: Freemasonry is not a Christian organization. When the cries of "heathen" die down in response to that I'll continue to say there are many reading this who would think, "Well, that's so obvious I don't even know why he would say it." The rest of you are probably the ones shouting "heathen."

What a fine paradox. Some think we can't be Christians if we are Freemasons and some think Freemasonry should promote Christianity.

Without dropping some dry statistics, let me just acknowledge I live in an area which is predominately Christian. Many even include it in the so-called "Bible Belt." So being a part of an organization that requires a belief in God and living where I do, it's not much of a surprise to see many of my Brothers emphasize the Christian influences in our fraternity; not just in our ritual, but also in our activities. How many times have you been to a Lodge dinner when someone wraps up a prayer "in the name of Christ?" This happens so often in my area that a couple of years ago two former Grand Masters (one a minister in a Christian denomination, one Jewish) along with an eminent RWB asked me to reprint a Masonic Service Association "Short Talk" article about its inappropriateness. The gist of the article was, "Stop praying Christian prayers in our Lodges... it embarrasses and perhaps even humiliates our Brethren of other faiths."

Another  piece from the Masonic Service Association of North America puts it concisely: "Freemasonry is not a religion, nor is it a substitute for religion. It requires of its members a belief in God as part of the obligation of every responsible adult, but advocates no sectarian faith or practice. Masonic ceremonies include prayers, both traditional and extempore, to reaffirm each individual's dependence on God and to seek divine guidance. Freemasonry is open to men of any faith, but religion may not be discussed at Masonic meetings."

The same, I might add, is true for the publications I edit: No discussion or promotion of religion.  And if you're sitting there thinking, "He just said we shouldn't talk about religion but wrote a whole column about it," respectfully, you missed the point... that point being Freemasonry certainly includes Christianity, but it is an ecumenical group.  Those among us who have a hard time with that should heed this observation from one of our most famous Brothers, especially when sitting in Lodge: 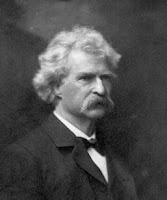 "So much blood has been shed by the Church because of an omission from the Gospel: 'Ye shall be indifferent as to what your neighbor's religion is.'  Not merely tolerant of it, but indifferent to it. Divinity is claimed for many religions; but no religion is great enough or divine enough to add that new law to its code."