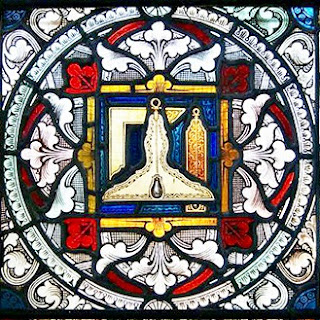 One of the things I enjoy as a Scottish Rite Mason is a part that I do in the 4th Degree of the Ancient and Accepted Scottish Rite.  It's the Prologue part of the 4th Degree--an introduction to the Scottish Rite in the Northern Masonic Jurisdiction.  I do it twice a year, at our Valley Spring and Fall Reunions, and have for many years.  It's a great honor to do that part, because it's a very important part.  It's the first Scottish Rite degree our new candidates see, and I'm the first person they see on stage at the very beginning of their journey.  Those words in the prologue, and my delivery of them sets the tone and the expectation for what those candidates can expect as they pursuit their goal of becoming a 32nd Degree Scottish Rite Mason.  So I make sure that I strive to do it the best I possibly can every single time.

In today's world, I think one of those principles is more important than ever.  Toleration.  Freemasonry has always been a society that believes in toleration.  That's one of the reasons we don't discuss religion and politics in our Lodges.  There are few topics that can so quickly escalate into bitter conflict than a conversation on the topics of religion or politics.  I lost a good friend and Masonic Brother over politics.

My friend was a very active Mason.  He was involved in his Lodge, he served the Grand Lodge, and he was active in many appendant bodies including the Scottish Rite.  And like me, he absolutely loved history.  He was also a writer.  We became very good friends and occasional research and writing partners.  We'd have lunch together and get into huge debates over points in history.  And we discussed the importance of Freemasonry at great length.

But during a very nasty and contentious national election cycle, contrary to our long standing tradition, some of the members of his Lodge began arguing over politics (outside the Lodge).  And these arguments divided these men.  In the end, my friend got so angry over the politics of some of his Brothers, he felt he could no longer sit in Lodge with them.  He didn't find a new Lodge to attend.  He quit.  He quit his Lodge.  He quit the position he held with our Grand Lodge.  He quit every single appendant body he was a member of.  Almost overnight he went from being one of the most active and involved Masons I knew, to just being gone.  I haven't spoken to him in months, and in our last conversation he said he'd never sit in Lodge again.

One of the great strengths of Freemasonry is that we come together on the things we agree on and do amazing things together.  It's our diversity that makes us unique, and it's toleration of our differences that makes that diversity possible.  I don't want to sit in Lodge with a bunch of guys exactly like me.  That's not why I joined.

It pains me to say it, but I think my friend was right to quit.  I still hope one day he'll come back, but I do understand why he left.  If I get to the point where I can't sit in Lodge because somebody thinks differently than I do, or believes something differently than I do, I'll quit too.  I'll have to, because it would mean that I have totally missed one of the most fundamental principles of Freemasonry.

Todd E. Creason is the Founder of the Midnight Freemasons blog, and the author of several books and novels, including the Famous American Freemasons series.  He is the Master of Homer Lodge No. 199 (IL) and a Past Master of Ogden Lodge No. 754 (IL).  You can email him at webmaster@toddcreason.org