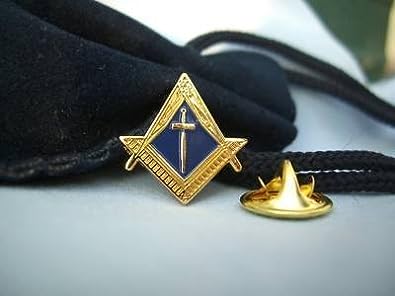 Being Tyler, I have found that I have some free time on my hands during each meeting. The WiFi signal at my station is frustratingly slow. There is no cable TV or mini-fridge for me either. So my time is often spent sitting in my chair by the door, reading whatever book I brought upstairs from the Lodge’s meager library.

One evening, I found myself reading an old book containing excerpts of meeting minutes from our past. With Montgomery Lodge being over two-hundred years old, I have always enjoyed learning more about its history. There were a few intriguing notes like how Brothers Burr and King (King was Tyler at the time) concealed our Charter in various locations during the anti-Masonic era. This includes being sewn in the lining of a jacket! I’m reasonably sure my tenure as Tyler won’t be as James Bond-like as that, fortunately.

I was slightly disappointed in what little detail the book shared overall. Most meetings were glossed over with short summaries like “Jan 12, 1803 – Regular Communication. Raised one. Nine visitors.” Not much information or insight there. I still wanted to know more. I wanted to know what they discussed in those meetings so long ago. Did they have the philosophical discussions I had envisioned when I petitioned the Lodge? Did they take a moment to discuss the esoterica of our Fraternity? Or was symbolism limited to just the degree lectures? Maybe the meetings were just a dull reading of the bills and correspondence. I wish I knew. With so much going on in this country’s history in the last 200 years, I would think that there had to have been some interesting discussions; whether in meeting or later in the collation. Were those discussions in-depth and serious? Or, were they light hearted? To know this, I found that I wanted to find out more about the Brothers themselves.

Throughout our Lodge, we have portraits of many of the Past Masters. There are a few scattered pictures of Brothers who have long since departed to the afterlife. There are stacks of dusty and mildewed albums of black & white photographs of parades and formal dinners. I sat in that hall wondering what those Brethren were like beyond just the pictures. There are those excerpts in the book that give names and numbers but no real insight on who those men were as people. Pictures don’t always portray traits like humor, caring, honesty, and personality.

Even with the Brothers of today, I often find a mystery. There are just under 200 members in our Lodge but I’ve met a fraction of them. Most are men who, for whatever reason, stopped coming to Lodge. Often, I don’t really get to know them until they pass to the Celestial Lodge above. I have been to many Masonic Services over the last few years and as I sat and listened to the eulogies, there were so many stories told that had me wishing I knew that Brother while he was alive.

I urge each Brother to get to know the men in Lodge with you now. Whether they are young or old, they won’t be around forever. None of us will. Things happen. People move. People pass away. People sometimes just drift apart. Learn about those men and be able to pass on their stories because, after they are gone, the meeting minutes and photographs most likely won’t come close to reflecting who they were to us.