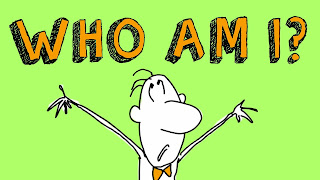 About a year ago I joined the Red Cross of Constantine. It's a Royal Arch body with, shall we say, a bit of a complex degree structure compared to other Masonic organizations. At this point I'm still a novice and not well-versed in its organization and practices.

Recently I attended what was only my fourth or fifth meeting owing, in part, to the fact we were dark for three months.  We held the meeting in a local restaurant with a spacious back room well-suited for such purposes.  I went in and stopped at a table to talk to the Secretary – I mean, Recorder. (I still don't have a handle on all the officers' titles).  As I was talking to him, a couple other guys walked up behind me. It was a trap.

"Steve," they said in unison, "the incoming Sovereign needs a Sentinel for next year. Would you be willing to step in and help him out?"

"Oh, uh," I babbled on about being honored but having commitments and not knowing if I could do justice to the job – and basically anything else I could think of that did not involve the word "yes."

It was three against one. Before I knew what had happened I had agreed to be next year's Sentinel.  "Not a big commitment," I told myself, "and I'm helping the Brothers (actually, Knight Companions) out."

That settled, we sat down to open the Chapter – I mean, Conclave. (I still have a lot to learn). It wasn't a standard opening since we were not in a Lodge room, but we went through the verbal part of the ceremony. At one point, there came a series of knocks followed by an uncomfortable silence.  A friend seated next to me leaned over and whispered, "Return the knocks… you're the Sentinel."

I whispered back, "I thought that was next year."

I knocked, and the remainder of the opening went off without a hitch.  We had our dinner and started the business portion of the meeting.  It came to light that So-and-So, the Thus-and-Such officer had to drop out of line.  Discussion followed and it became obvious all officers below Thus-and-Such would move up. So I became the Herald-designate for next year. "Congratulations," said my buddy sitting next to me.

Business finished, it was time to close.  The formal closing proceeded until the Eminent Viceroy (second in command) declared the Conclave closed and sealed the deal with the same series of knocks from the opening.  Again, there was an uncomfortable period of silence. As before, the companion next to me stepped in, "Steve, you're the Herald. You're supposed to return the raps."

"I thought I was the Sentinel. I'm supposed to be the Herald next term."

"No," he advised, "You're the Herald now."  I followed up with raps that would make any Herald proud.

That's the way it goes sometimes in our various Masonic bodies.   I'm sure similar things have happened to others. It took me five years to become Worshipful Master of my Lodge, a journey that would ordinarily take ten in my jurisdiction. One Brother I know did it in two. When membership declines, when Brothers fall out of line for one reason or another, others have to step in. We all wish it was different but Freemasonry isn't the only membership organization experiencing this in our activity-saturated lives today. So I'm glad my reluctance subsided and I am able to step in and help out. I am also honored they asked.