Compelled To Suffer The Punishment… 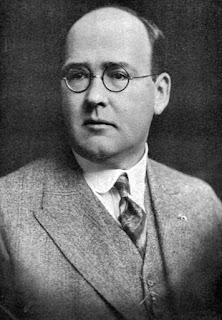 Born on St. John the Evangelist's Day, December 27, 1884, Samuel R. Freet seemed to be destined for Freemasonry from the very start. A teacher and lawyer, he was raised in Ivanhoe Lodge #446 in Kansas City in 1910 and served as its Master ten years later. That same year, 1920, he was appointed to the advancing line of the Grand Lodge of Missouri.

His lengthy progression through the offices in the Grand Line culminated in 1929, when he became Grand Master. Each Grand Master looks forward to presiding over a successful Grand Communication at the end of his term and Most Worshipful Brother Freet was no exception. After years of work moving through the Grand Line offices, and a year of preparation for his Grand Lodge communication, Most Worshipful Brother Freet was stricken with kidney disease near the end of his term.  His affliction required surgery that left a 10-inch scar in his back and severely limited his mobility. His condition weakened him and Brothers reported him being confined to a bed when they visited him prior to Grand Lodge. At that time his wife Gertrude informed the Brothers that her husband's doctors said he only had months to live. (Freet, in fact, struggled with his health issues for two more years, passing away October 4, 1931, at the young age of 46).

The Deputy Grand Master, William Gentry, made plans to fill in at the meeting should MWB Freet be unable to attend. Freet, however, had other plans. He mustered his strength and came to the meeting looking frail and thin.

Freet opened the Grand Lodge meeting and presided over it until it was time for his Grand Master's address. He read two paragraphs and nearly collapsed.  Although unable to continue, his Brothers ordered a bed from the hotel staff and placed it just off stage so he could be present for the proceedings. Deputy Grand Master Gentry then proceeded to read the Grand Master's message.

Somewhat recovered, Freet was reported to be in good spirits. Hearing that, Past Grand Master Ray Denslow went over to his bed and reported, "Most Worshipful, I have gone over the proceedings of the Grand Lodge carefully, and discovered you are the only Grand Master in our history ever to have been compelled to suffer the punishment of listening to his own address."