I'll Never Be A DDGL 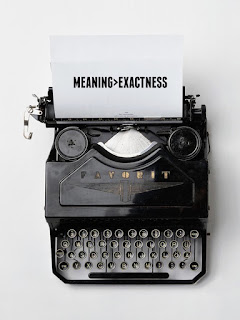 It was a Lodge's nightmare… both the District Deputy Grand Lecturer and Regional Grand Lecturer were in attendance. Also a visitor at that meeting, I sat next to the two dignitaries and thought, "The officers better be on their toes. This could get ugly."

It went better than I expected but at one point during the meeting the DDGL leaned over to the RGL and whispered, "The Senior Warden said, 'You will advance to the West and communicate the password...' It should be, 'You will approach the West...' Should we stop them and say something?"

The RGL shook his head, "No… they got there."

I'm with the RGL: I am not a hard-core ritualist – and that's blasphemy in some circles. Don't get me wrong. I like a well-done ritual as much as the next guy; but I care more about whether the ceremony comes off well than if a Brother says "this" when he should say "that." I know… I'll never be a DDGL.

And don't even get me started on the guys in the "peanut gallery" who start yelling out the next line any time the speaker has more than a two-second pause. I'm not alone in that. I've been in Lodge when the Master appointed a proctor with the admonition, "I don't want to hear a word out of anyone else." I'm big on proctors.

I bring all this up because this week my Lodge tested for one of the ritual awards my Grand Lodge sponsors. We invited the DDGL in to grade us on our opening and closing. The guys were well-practiced and the ceremony went like clockwork.

I just sat there thinking how enjoyable it is to be in any of our ceremonies – especially degree work – when things just click along. That, as opposed to the living hell of sitting through the same thing when the speakers are ill-prepared and have to be prompted on every line. Sitting through an opening like that is the only time I actually look forward to getting to the reading of the minutes.

So, congrats to my Brothers at Liberty Lodge #31. They got the award.

Oh, there were mistakes. There are ALWAYS mistakes. I knew our perfect score was gone as the Chaplain, asking God to subdue our discordant passions, prayed, "Grant that the sublime principles of Freemasonry may so subdue every insubordinate passion within us…"

See, I just let that roll right off my back. In fact, I thought it was kind of funny. Unfortunately, the DDGL – you know, the guy keeping score – was not amused.