In Less Than Twenty Hours 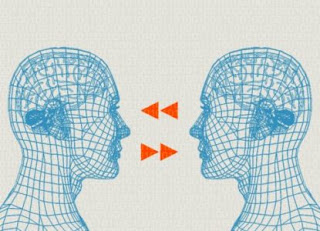 In less than twenty hours it will be 2019. Queue all the futuristic sci-fi memes about how we're supposed to start dressing like this, or that something is supposed to be at this stage of development, based on the pasts rendition of how our tech future is supposed to look and feel.

Hover Boards? Not quite. Flying cars? Not yet. Jet packs for people? Impractical. Futuristic clothing like in Blade Runner? Only at the worst fashion shows in New York.


What are we supposed to have by now that's been in development for a long time? What has been evolving and changing for the better? What future bit of measurable matter has and will be delivered in 2019?

The answer, I'm sure you've guessed, is YOU. Presumably, you're a better more advanced version of yourself than you were even six months ago. Each year we make resolutions to do something--stop biting your nails, work out more, read more--whatever it was, I'm sure you made, at the very least. an effort. Even if you considered it a failure, it's changed you for the better.

You didn't make resolutions? Well, news flash--If you're a member of this fraternity, than you've almost certainly done things all year, however minuscule that have made large impacts on not only yourself, but the world around you. "The world is better, because you were here, George Bailey."

By all these various actions, you've grown. You've become a better version of you. All too often we're comparing ourselves to others. Whether it's money, being fit, our cars, homes--hell, even our cell phones! What we really need to focus on is being a better version of ourselves. Think about who you used to be. Think about your bad moments. Can you say you would have done them different? If the answer is yes, than you've changed. Write down on a piece of paper your faults, your dreams, where you are. Look at them again in 2020. Recently the Masonic world has made a statement regarding this. Notably, by the Scottish Rite NMJ in there new Meme collection.


So according to the "sci-fi future", what thing are you supposed to have tomorrow, that you don't have today? What attribute are we supposed to assimilate into our being that we've dreamt about, seen in a movie or read about? Whatever it is, realize that it's within your grasp. Every micro second of our existence, we are evolving, changing and molting. You are not who you were ten years ago. You're not even who you were two years ago. Even in the non-holistic scientific factual land, your body has replaced all of itself (with minimal exceptions) completely, every seven to ten years. Every cell has been copied and replaced, all whilst maintaining your current consciousness. All while your soul, drives this extraordinary biological machine that you reside in.

Realize you're already better and that you'll continue to get better.

RWB, Robert Johnson is the Managing Editor of the Midnight Freemasons blog. He is a Freemason out of the 1st N.E. District of Illinois. He currently serves as the Secretary of Spes Novum Lodge No. 1183 UD. He is a Past Master of Waukegan Lodge 78 and a Past District Deputy Grand Master for the 1st N.E. District of Illinois. Brother Johnson currently produces and hosts weekly Podcasts (internet radio programs) Whence Came You? & Masonic Radio Theatre which focus on topics relating to Freemasonry. He is also a co-host of The Masonic Roundtable, a Masonic talk show. He is a husband and father of four, works full time in the executive medical industry. He is the co-author of "It's Business Time - Adapting a Corporate Path for Freemasonry" and is currently working on a book of Masonic essays and one on Occult Anatomy to be released soon.