Getting the Phone Call 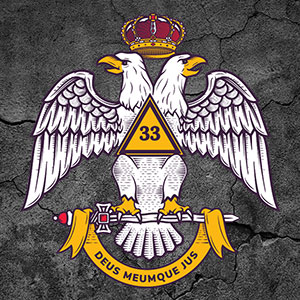 Fellow Midnight Freemason Brian L. Pettice sent me a text and wondered if I would be able to talk with him and Valley of Danville Commander in Chief Sean P. McBride later that afternoon about an idea they had for a project at the Valley. The Valley of Danville was hosting a small reunion that day (in accordance with all public health rules), but I was unable to attend. My son Hayden and I were working on Hayden’s Eagle Scout project trying to finish it up.

After Hayden and I finished up our work, I took off for the afternoon and went to Camp Robert Drake, our local scout camp. Because of the crazy year 2020 has been, like Freemasonry, almost all of the scouting events for the year have been cancelled. This was my first opportunity to visit camp and it was great being back and seeing the scouts enjoying the great outdoors.

Upon returning home, Brian called via FaceTime and said Sean was live at the Valley of Danville reunion with an announcement they wanted me to be able to hear. Sean asked what I was doing next August, 2021 and said I had been elected to receive the 33rd degree of the Ancient Accepted Scottish Rite at next year’s annual meeting. I was left speechless. It was a great moment. The rush of emotions came over me and I admittedly slightly teared up.

It takes a while to process something like this. I asked myself, what was it I had done to be chosen, when there are so many others who are equally deserving? Whatever the reason, I am extremely both honored and humbled to have been chosen. This fraternity means the world to me. I have met so many amazing fellow Masons from literally all over the world. I have grown both personally and professionally from the experiences I have gained since joining over a decade ago.

Freemasonry isn’t about titles or degrees, it is about using the working tools of the lessons learned for self improvement of the individual man with the expectation that he will go back into the community and make it a better place. My only hope is that I have applied these lessons in my community and helped strengthen it.

I am very much looking forward to next year's annual Scottish Rite NJ meeting in Cleveland. Joining me in receiving the 33rd degree from the Valley of Danville are my brothers Robert Allen Gill and Michael John Puhr. All three of us were officers at the same time in the Danville Lodge of Perfection line, which makes it all the more special.

Thank you to everyone who has helped make my Masonic journey so rich and meaningful.