Don't Fake It Until You Make It 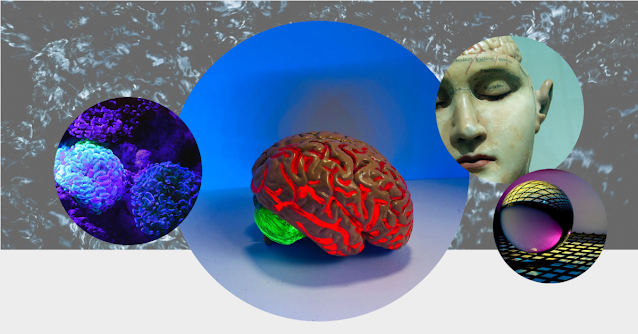 Recently I was asked to watch a video for school. It was a twenty-minute TED Talk featuring Dr. Amy Cudder. Her specialty? Non-verbal body mechanics and their effect on others and ourselves. There was a lot in her talk in regards to what our body language tells others. However, that wasn't what this talk was about.

Her team of experts asked a question--Does our body language have an effect on our own minds? In short, the answer is yes. For instance, holding a pencil in your mouth, imitates a smiling face. The mere use of those muscles in this way for two minutes floods the brain with chemicals that elicit happy feelings.

Yep--Want to feel happy? Hold a pencil in your mouth for two minutes. But more importantly, they found that certain "power poses" like sitting openly, upright and bold for periods of just two minutes resulted in a 20% increase in testosterone and a 25% decrease in cortisol. This means more control and less stress--a critical psychological factor in the world's top leaders of companies.

All this was certainly interesting, but what caught my eye/ear more than anything else was her message about practicing these things to give yourself a confident edge. For instance, before a job interview, most people sit hunched over and staring at their phones. This is the opposite of a "power pose" and leads to reduced testosterone and an increase in cortisol. This put's you in a place that gives you significantly less of an edge in your interview.

If we practice these "power poses," these small tricks--there could be significant changes to your psyche, and the result could mean a more successful life.

How does this relate to the Craft? Well, indeed, you could put this into practice in leadership. But more than that, Dr. Cuddy's message was that you don't have to "Fake it until you make it." You can instead, "Fake it until you become it." Let me explain. For her studies, they attempted to get people with low self-esteem to change it by trying these "power poses." But not to just temporarily increase the self-esteem--to fake it for the current situation. A permanent change--a life-changing one.

In Freemasonry, we consistently remind ourselves of the virtues and values we hold dear. Prudence, Temperance, Justice, Fortitude, Faith, Hope, and Charity. Even if we aren't great at practicing these virtues, talking about them--pretending we're good at them...over time might result in the effect we're looking for.

As we consistently expose ourselves to these tenets, we necessarily change the way our behaviors are exhibited. We talk more about prudent action, we become more circumspect in our decision making. If we converse about Justice, our thoughts and actions become more equitable to our fellows. If we speak of Temperance often enough, we might avoid that extra drink at the office party. If we keep the idea of Fortitude in our minds, we begin to overcome adversity and stand for the right things.

To sum all this up, it seems like what Dr. Cuddy offers to the profane world is something we've been doing for a long time. I do like her twist on the saying--"Fake it until we become it." Because it gives us hope that we will, in fact, become better people.

Finally, I wish to direct anyone who wishes to view her TED Talk to do so. And also, anyone who thinks they've made the transition already to read Ill. Bro. Brian Pettice's latest work by clicking HERE. As for me, I'm still working on it.