As you, the reader, skim through your mental database of American presidents and come up empty, let me suggest you may have overlooked the presidential term and accomplishments of Brother David Rice Atchison. That's right. President David Rice Atchison; the man for whom Atchison, Kansas and the Atchison-Topeka-Santa Fe railroad are named.

The account of his presidency goes like this: In 1849, inauguration day, March 4, fell on a Sunday. President-elect Zachary Taylor refused to be inaugurated on the Lord's day of rest and Vice-President-elect Millard Fillmore followed suit, both delaying their inauguration until Monday, March 5. Constitutionally, this left the presidency vacant on March 4. Back then, second in line of succession fell to the Senate President Pro-Temporary, the position Atchison held. Realizing there was technically no president, North Carolina Senator Willie Magum and a group of Atchison's friends descended on his house and woke him up in the early hours of March 4. Magum administered the oath of office and asked Atchison to name him Secretary of State. With that the crowd left and "President" Atchison went back to bed. Later, Atchison reported he spent the bulk of his presidency napping and reading.

To commemorate this auspicious event, Atchison, Kansas, his namesake, has established the "world's smallest presidential library" in his honor. Located in a former AT&SF terminal, the Atchison Library shares space with another Atchison historical figure, Amelia Earhart. Also featured in the museum are Brothers Meriwether Lewis and William Clark, who set up a base camp in the area.

Upon entering the museum a visitor first encounters a model of a statue commemorating Lewis and Clark's 1804 Voyage of Discovery. The full-size statue sits on the banks of the Missouri River down in Kansas City. 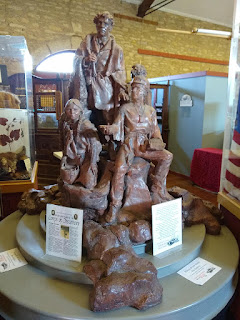 A little farther in, the visitor can see the Amelia Earhart display featuring pictures and artifacts of the aviatrix' life. 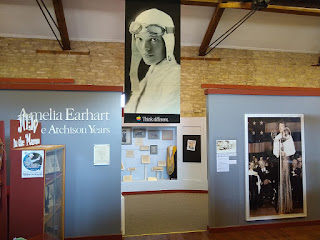 The world's smallest presidential library lies beyond those exhibits. One first encounters the "Hall of Presidents." Over the years the Marx Toy Company has produced a miniature statue of American Presidents in which it has included Atchison, who stands directly in front of George Washington in the display. 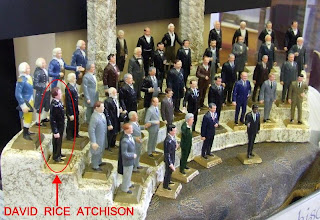 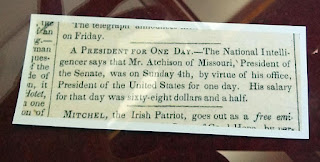 Regrettably, Atchison was a supporter of slavery and, in fact, a slave owner himself. When Kansas came into the Union as a free state, Atchison led a pro-slavery militia into the state and was present at a battle that resulted in the burning of the Free State Hotel. A display in the museum offers both sides of the story speculating on Atchison's role in the uprising, showing conflicting accounts and wondering if he was an instigator or a peacemaker. 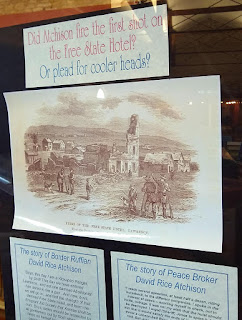 Among the artifacts of his life, the museum displays Atchison's Whitney Navy, six-shot .36 caliber revolver, which he most likely had with him during the Kansas Raid. 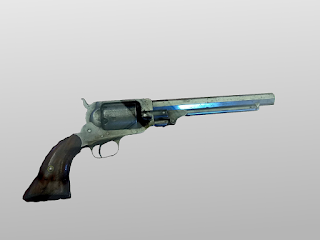 A gargantuan Atchison-Topeka-Santa Fe locomotive sits outside the museum. 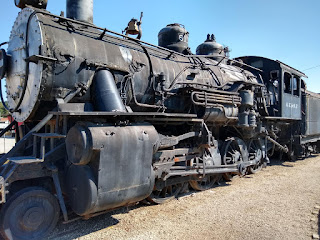 David Rice Atchison was a member of Platte Lodge 56, now defunct, and his grave marker in Plattsburg proclaims his status as president. Most historians agree Atchison was not President of the United States. Perhaps agreeing he was the ex-officio president can serve as a compromise as to his status. 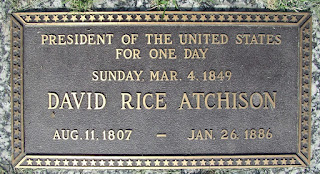 Or, perhaps, given today's growing sentiment against those who supported the United States' ghastly "original sin" – slavery, it is best to mark Atchison's auspicious day as an interesting story and otherwise let sleeping dogs lie.

~SLH
Bro. Steve Harrison, 33° , is Past Master of Liberty Lodge #31, Liberty, Missouri. He is also a Fellow and Past Master of the Missouri Lodge of Research. Among his other Masonic memberships are the St. Joseph Missouri Valley of the Scottish Rite, Liberty York Rite bodies, and Moila Shrine. He is also a member and Past Dean of the DeMolay Legion of Honor. Brother Harrison is a regular contributor to the Midnight Freemasons blog as well as several other Masonic publications. Brother Steve was Editor of the Missouri Freemason magazine for a decade and is a regular contributor to the Whence Came You podcast. Born in Indiana, he has a Master's Degree from Indiana University and is retired from a 35 year career in information technology. Steve and his wife Carolyn reside in northwest Missouri. He is the author of dozens of magazine articles and three books: Freemasonry Crosses the Mississippi, Freemasons — Tales From the Craft and Freemasons at Oak Island.