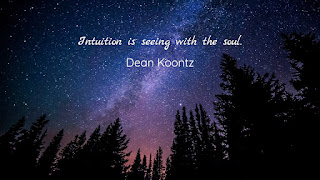 I was thinking about what I usually think about ...and that is Masonic Education.  I had been thinking as I drove to work about all the men that I have heard over the years tell me that they had no idea what Freemasonry was when they decided to submit a petition. I have always believed this was true, even for myself. However, I now know that not only was it not true for me, it is probably not true for other men.

The most common definition of Intuition is: “A thing that one knows or considers likely from instinctive feeling rather than conscious reasoning.“ I seriously doubt that any man would pay money and go through an investigation of his character without some kind of idea of what he is joining.  I am not talking about what he has been told or has read, because there are many who would happily tell a man all the evils of Freemasonry, and of course a multitude of publications that will try to tell him that Freemasonry is the antithesis of moral and religious living. I am convinced that men intuitively reason that Freemasonry is good and may hold answers to questions to which he has no answer, nor the courage to ask.

That is not where Masonic Intuition stops. As a man goes through his degrees he is developing intuitive thinking. Intuitive thinking is the kind of thinking that helps you understand reality in the moment, without logic or analysis. There's no language involved in it. It's entirely about signs and sensations.

Doesn’t this sound like something that happens to a man in Lodge during a degree or even just driving down the road? Things just appear in your conscious mind that speak to something specific your subconscious has been trying to work out, and you didn’t even know it. This happens to everyone at some point. When it does, many will be shocked by those thoughts and bury them immediately without letting them breathe and flow and find meaning. Others though, will let those “wow” moments in and let them grow and gain clarity. From those moments will come the glimmer of an understanding of what Masonic “Secrets” really are….and what they mean, for him.

This means that you know more about Freemasonry and its hidden meanings than you think you do. You now find that you do have the second common definition of intuition which is: “the ability to understand something immediately, without the need for conscious reasoning.” It is there in your subconscious, waiting for you to ask for it or to just give it permission to appear. Don’t be afraid to embrace what you discover because what you find will be your personal, custom interpretation as it should be. It will be life-changing.  The answers you seek, are seeking you. All you have to do is ask for them. 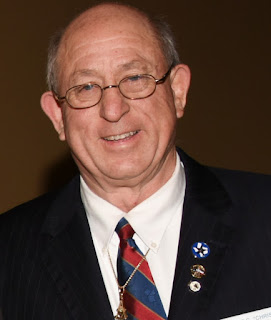 RW Bro. James C. "Chris" Williams IV is a Past Master of Davy Crockett Lodge No. 1225 in San Antonio, TX. He is a plural member of The Texas Lodge of Research, Tranquility Lodge No. 2000, and Merit Lodge No. 727.  He has served on the Grand Lodge Education and Service Committee for the last 9 years for the Grand Lodge of Texas. He is a 32nd Degree KCCH member of the Scottish Rite Valley of San Antonio, where he also edits the Valley Newsletter.  You can reach Chris at cwilliamsddgm@gmail.com.