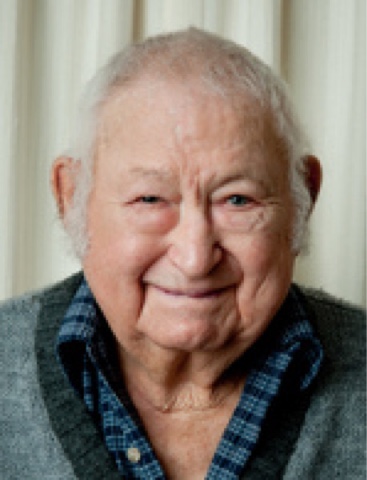 We all knew it was coming. Worshipful Brother Burl Green, Tuscola Lodge’s oldest Past Master, had been in steadily declining health for a couple of years, and had recently had to move into assisted living a couple of hours from home. Knowing Burl, that was probably the last straw, so a few weeks ago he just laid back in his bed and died. He was 93, and had been a Master Mason for 69 years.

Burl was there for my degrees, and was at every meeting and degree I attended as long as he was healthy enough. When we had a lodge work day, he was there, on his hands and knees, using a hand vacuum behind the sideline. He was in his late 80s at the time. Burl was just always there, doing what he could, whenever he was able. He was Master of the Lodge three times, but was one of the humblest men I’ve ever known. Every stated meeting or two, Burl would slowly rise, be recognized, and talk about how wonderful it was that we had so many young men joining the lodge, how impressed he was at their devotion to the Work, and how good it was that they were doing what he could do no longer. When we had our lodge rededication on our 150thanniversary, he served as the Oldest Past Master, was expressly grateful throughout the day, and talked for years afterwards of how nice the Grand Lodge officers had been.

A few months before he died, Burl stood in lodge, was recognized, and said, though he hated to do it, that he needed help with his yard, and was wondering if any of his Brethren might be able to help with cleaning it up. That Saturday, the lodge was out in force. To help a Brother is a privilege, and with Burl, we knew we might not have many more opportunities.

We’ll miss him. We’ll miss the coffee stains on the floor that followed him wherever he went. We’ll miss his red truck driving fifteen miles an hour past the donut shop. We’ll miss his unmistakable cackle when something tickled his sense of humor. But we won’t miss his example, as it lives in all of us who knew him, and will live on in the stories we tell of a just and upright Mason who did what good he could, when he could, and always talked of how grateful he was to be a Freemason. Rest in peace, Brother Burl. Your column is broken, and your Brethren mourn.

R.W.B. Michael H. Shirley is a Certified Lodge Instructor, past Leadership Development Chairman, and past Assistant Area Deputy Grand Master for the Grand Lodge of Illinois, A.F & A.M. He is a Past Master and Life Member of Tuscola Lodge No. 332 and a plural member of Island City Lodge No. 330, F & AM, in Minocqua, Wisconsin. He is Past Most Wise Master of the George E. Burow Chapter of Rose Croix in the Valley of Danville, Illinois, AASR-NMJ. The author of several article on British and American history, he retired in 2016 from the History Department at Eastern Illinois University. You can contact him at: m.h.shirley@gmail.com